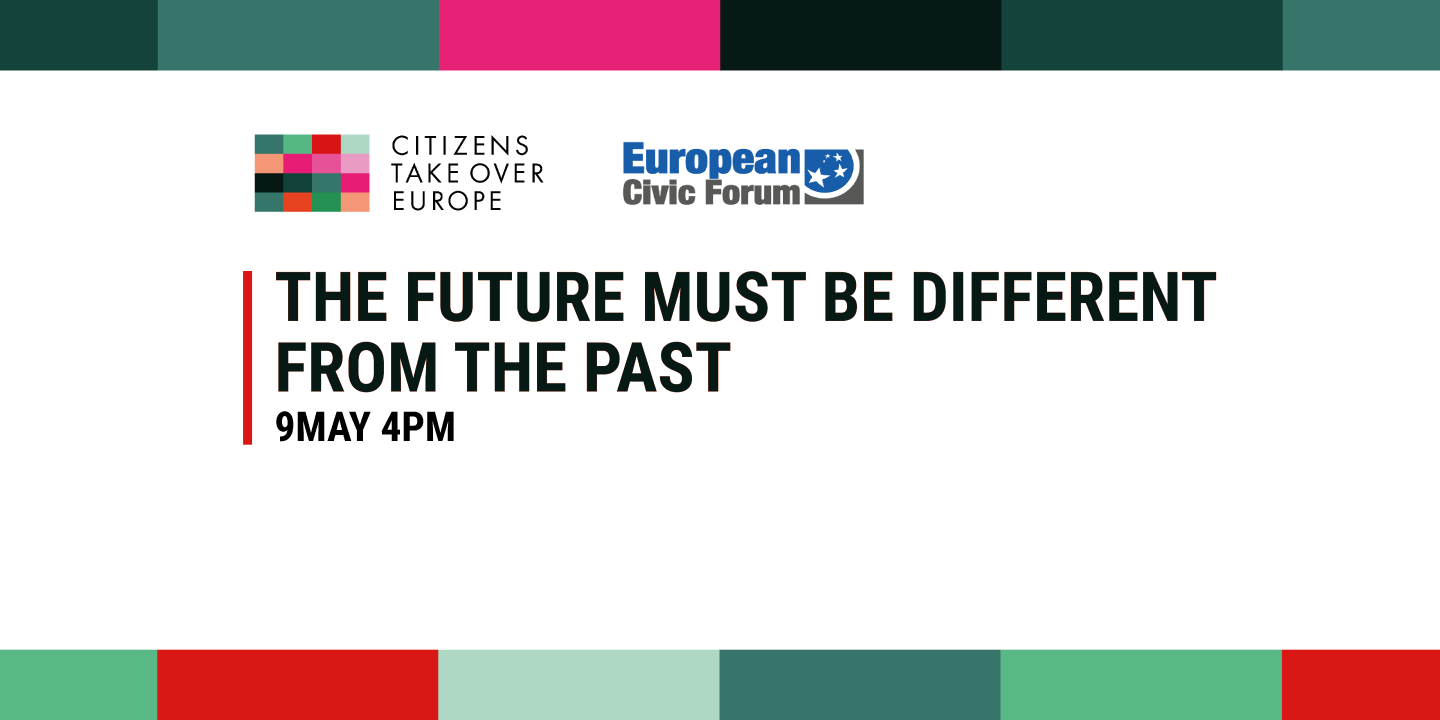 27 April 2020 – This year’s Europe Day, the 9th of May, is marked by the 70th anniversary of the Schuman Declaration, by the 75th anniversary of the end of World War 2 and by the terrible Covid-19 pandemia. At a turning point for Europe, civil society organisations across the Union are taking the lead to organise a citizen-led Conference on the Future of Europe, and send out a message of solidarity, cooperation and democracy.

The initiative is launched by means of a joint online mobilisation for the 9th of May under the title “Citizens Take over Europe”. “We are a coalition of European civil society organisations across the European Union that puts citizens at the centre of the debate on our future, on the reshaping of our society and our common European project, to set out how we can recover from this health, social, economic and political crisis through solidarity and cooperation.”

“Citizens Take Over Europe” kicks off on the 9th of May presenting a jointly curated “online festival” where different organisations and artistic institutions organise events open to  citizens’ active participation.

A rich program of online events will be disseminated through hundreds of organisations from all over Europe, with the participation of internationally-acclaimed political thinkers, artists, philosophers, writers activists, citizens and residents.

The “Citizens Take Over Europe” initiative aims to create a fundamental and bottom-up energy to reimagine our European project  at a moment when top-down governance is threatening the European values of unity and solidarity. The online festival on the 9th of May is the public launch of this initiative, and a call to action aimed at citizens and civil society organisations across Europe. It is a call to join us in developing leadership from the bottom up, and to organise ourselves – citizens and civil society organisations – by means of our very own Citizens’ Conference in order to shape the Europe we want. If not us, then who?

The European Civic Forum is part of the first signatories and will kick off the initiative with an event on May 9, 2020, at 4:00 p.m.

Join us by taking the form HERE: https://bit.ly/9MayWebConf