CSOs Convention at the Conference on the Future of Europe Plenary 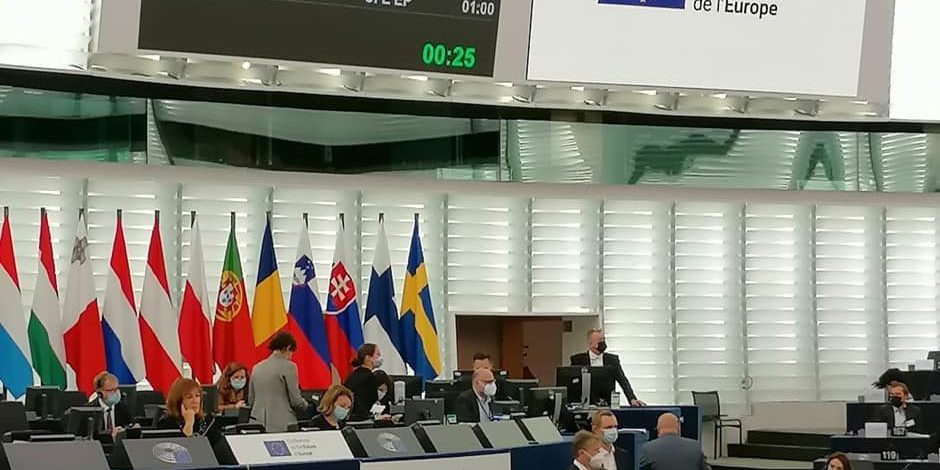 The CSOs Convention for the Conference on the Future of Europe took part in the second CoFoE plenary in Strasbourg on 22-23 September. While plenary working groups kick-started with first discussions, citizens shared first insights from their panels and delegates from the youth event (that witnesses unacceptable Islamophobic attacks from far-right groups), the two days were still organised with long lists of monologues rather than a dialogue on substance and concrete proposals.

The citizens panels will produce their proposals and recommendations in November-December, and they should receive proper support and training in order to speak up for their panel and avoid delivering personal opinions in the plenary. Therefore, we expect the next Strasbourg session on 17-18 December to be a space for dialogue on what Europe we want and what political choices are needed to bring us there.

In the face of hard conditions to bring an impactful civil society contribution to the Conference so far, civil society in its diversity is ready to join forces and cooperate. The CSOs Convention coordinates regular meetings with the EESC Group III delegation, with the trade unions, the European Movement International and the Youth Forum. Stronger cooperation between the CSOs Convention and the European Trade Union confederation will help us reinforce our messages and our calls for civil and social dialogue to become the cornerstones of European democracy.

With our small delegation, we strived so far to voice strong messages, point out the faults in the process and stand up for those that are marginalized in the participation channels and whose grievances are invisible yet in the process. See here our key messages in the plenary.

We need to overcome the false barrier of technicity around European policy making because behind any technical decision that is often insulated from normal people’s reach (including thought the weakening of parliamentary democracy!), there is a political choice and that very political choice must be discussed with the people, with the civic and social forces that struggle to keep our societies together and inclusive while many political leaders, by design or by default, are dividing us!

The CSOs Convention on the Future of Europe goes local!
1 septembre 2021