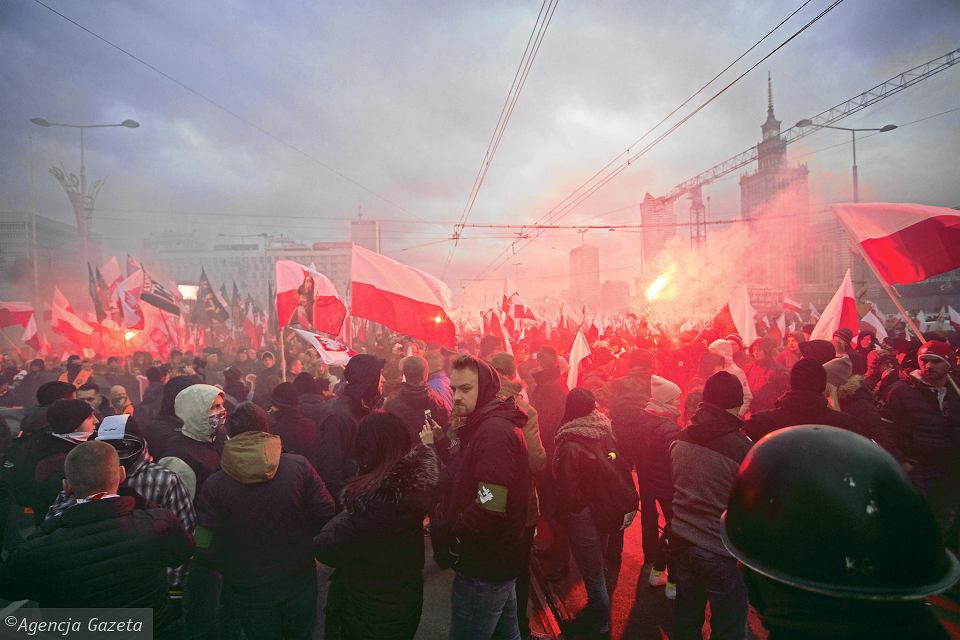 Neo-nazi Day in Poland: 3 women injured, 9 mauled, spat on and verbally abused in Warsaw by neonazis, 1 injured and 3 mauled in Wrocław, 45 people detained as a “prevention” measure. As Polish government encourages and enables neo-nazi and neo-fascist movements, Polish local authorities allow neo-nazis and neo-fascist marches in Polish cities and police turn their heads away from the crimes and misdemeanors taking place. The verbal and physical violence follows. The citizens are on their own against the hate and racism wave.

In Warsaw, 12 Polish Women’s Strike activists were attacked while peacefully protesting behind the #WomenAgainstFascism motto, no police in sight. Before that, 45 peaceful protesters from the Polish Women’s Strike and other citizens’ groups – standing next to the neo-nazi march route –  were detained and taken to two police stations, kept for almost 12 hours without any charges being put.

In Wrocław, 15 peaceful protesters that stood on the 1500 people neo-nazi march route were removed by the police, with neo-nazis verbally and physically abusing them from the other side, throwing firecrackers and bottles at them. One woman was hit with a firecracker that set her hair on fire. Police declined to take any action or any reports on the events and let the perpetrators walk away undisturbed.

« Fascism and nazism and all the ideologies based on them are forbidden by the Polish Constitution. But nor the government, neither the local authorities in most Polish cities obey this law – encouraging and allowing the neonazi marches. The police ignores the law being broken – with the symbols, banners and chants, with the firecrackers and other dangerous materials that are explicitly forbidden, with the verbal and physical violence. It’s only us, the people, the citizens, mostly women! standing in their way, peacefully protesting. We don’t choose the civic disobedience, we are forced to use it as our last resort as all other means failed » – Marta Lempart, Polish Women’s Strike (initiator of the #FascismNoPasaran blockade in Wrocław)

The Guardian (UK) quotes experts who believe the marches in Poland this weekend were « the biggest gatherings of far-right activists in Europe in recent years ». 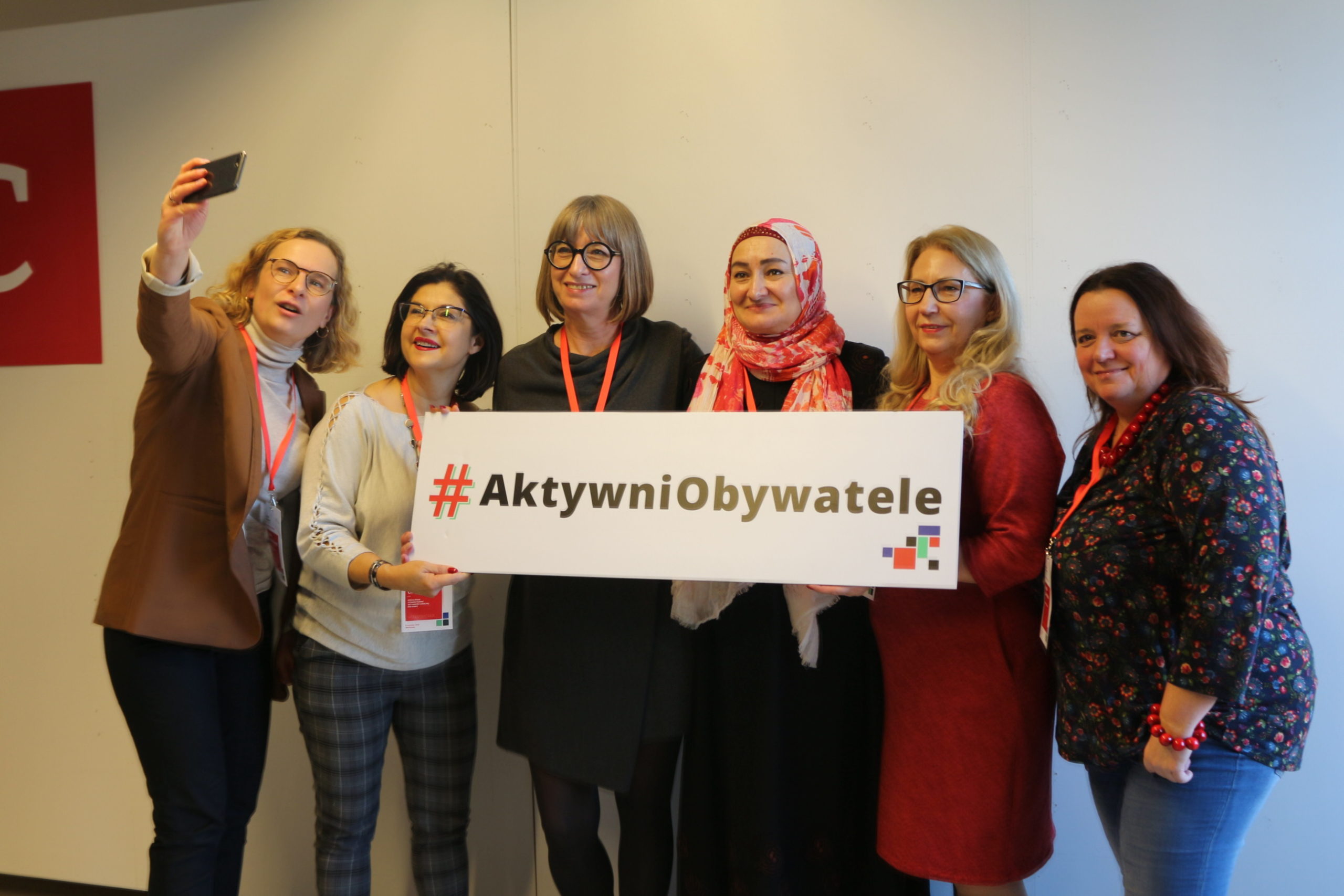 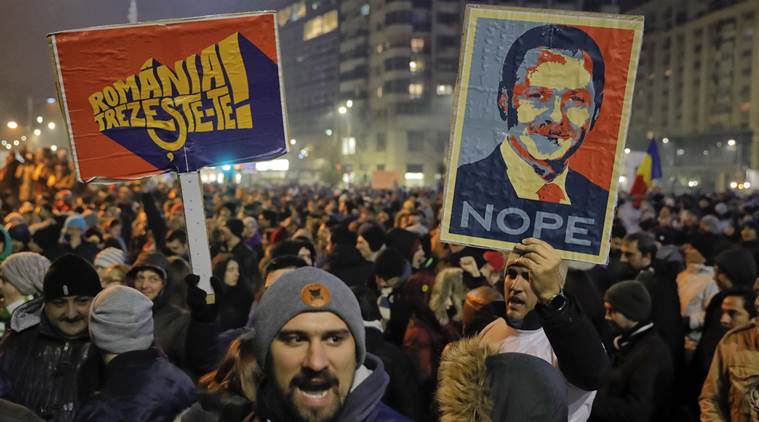 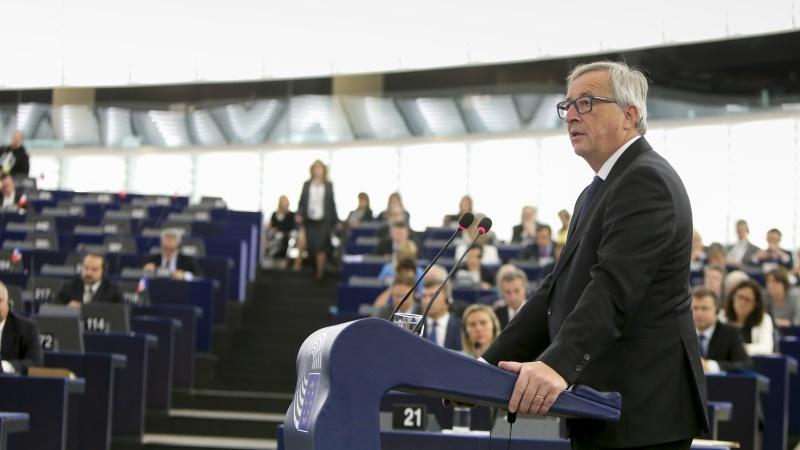 #Belgrade centre for Humrn Rights @bgcentar & @A11Inicijativa are calling for witnesses of police brutality yesterday, as protests in #Serbia saw a worrying number of violence against demonstrators. #CivicSpaceWatch https://t.co/ydoUmKwvfS