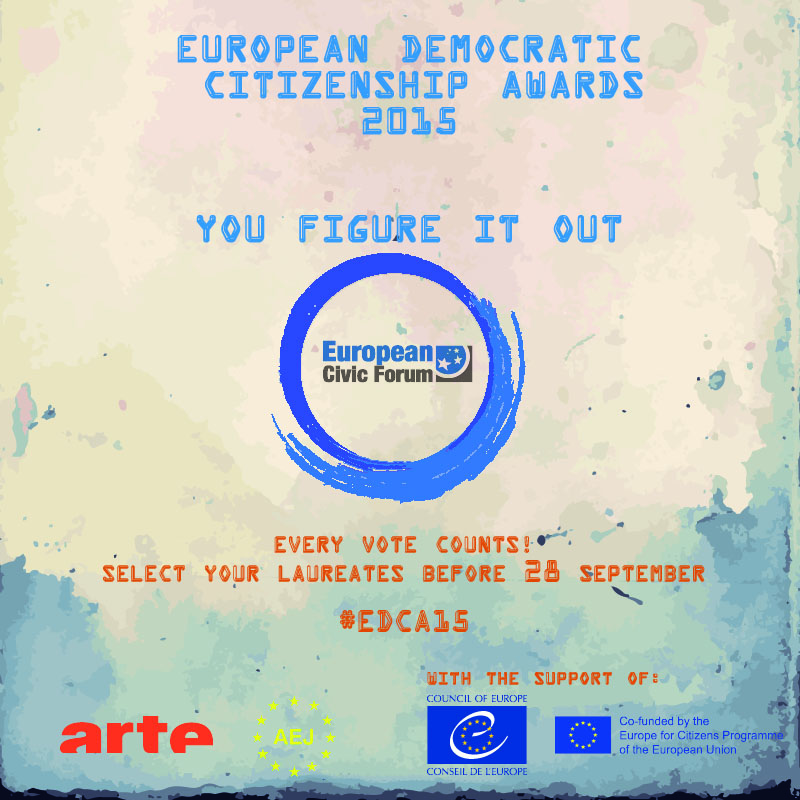 In view of its tenth anniversary in 2015, the European Civic Forum launched the European Democratic Citizenship Awards, aimed at promoting citizens’ engagement. The 2015 edition will take place in the light of the 10thanniversary activities, in October in Strasbourg.

Since 2014, these Awards are rewarding outstanding initiatives and civil society stakeholders, who bring in a real democratic citizenship with an innovative dimension and with a concrete impact on their communities’ life, be it at the local, regional, national or European level.

The European Civic Forum defends the notion of a European democratic citizenship based upon the vision of the Council of Europe, which implies a process of ownership and a feeling of belonging.

To do so, four categories of initiatives illustrate this concept of democratic citizenship:

This is where your participation counts. You are now invited to choose your favorite candidate in each category and so give them a chance to be our 2015 Laureates. Check out our dedicated EDCA webpage and make your choice by clicking here.