EMPOWER CITIZENS FOR THE FUTURE OF EUROPE 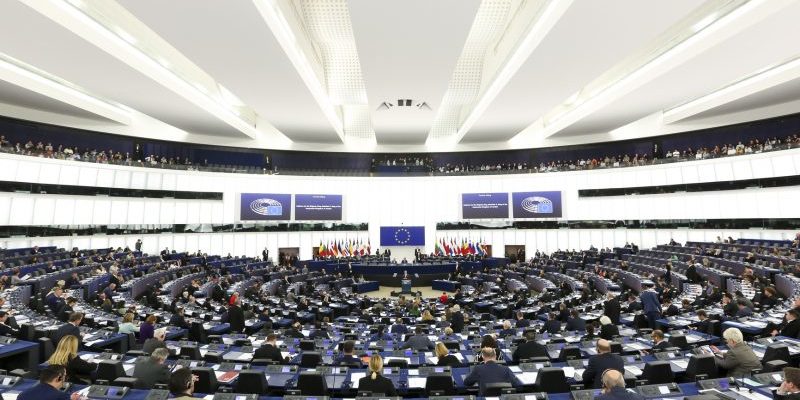 Find below a common text discussed by networks of NGOs in Milan on 13-14 December 2019. The text is addressed to EU institutions regarding the Conference on the Future of Europe.

Whereas it is undoubtedly necessary and urgent to have an aggiornamento of the EU for many reasons: the very long financial and subsequent economic and social crisis with increasing gaps between people; the follow-up of Brexit as a result of lies and fake news; the rise of nationalism; the manipulation of the information; the challenges faced in Europe as for democracy and human rights; the planetary instability; the epochal phenomenon of migrations; the challenges of climate change;

Whereas the EU needs to adapt its governance and make a leap towards more resilience, solidarity, justice and trust;

Whereas strengthening governance capacity at the European level is critically important to responding effectively to the complex set of sustainability challenges facing our civilizations;

Whereas a public debate on the future of the EU should be opened more than ten years after the entry into force of the Treaty of Lisbon;

Whereas the lessons learnt from prior consultations, experimented with by the EU and national public administrations, show that they weren’t productive without direct feedback and constructive dialogue with citizens;

Whereas the various experiences at different levels across Europe and a local level made by all our networks have offered innovative examples on how to empower European citizens in the EU and build a truly participatory democracy;

Have reached common points of view on the need to protect and enhance European values, to secure coherence between EU values, objectives and actions as fixed in the articles 2 and 3 of the EU Treaty and the Charter of Fundamental rights, to adopt a democratic and efficient method to change the course of the EU and build a united, fair and resilient Europe.

The rule of law is at the core of the EU system. It means and requires the respect of legality, the equality of citizens, the legal certainty, the independence of the judiciary, the accountability of the decision-makers and the protection of human rights.

We call on the creation of an objective and impartial mechanism to verify the application of the EU’s values by all the Member States and the EU within the treaties as it has been proposed by the European Citizens Initiative on the 8th of April 2019 (https://www.formyrights.eu).

We support the enforcement of the Fundamental Rights Agency (FRA) in Wien and the constitution of an independent committee according to the example of the Venice Committee in the framework of the Council of Europe.

In view of the review of the Treaties, we suggest that the power to contest the violation of the rule of law should attribute to the Court of Justice and introduce the suspension of a Member State according to the art. 8 of the Council of Europe and the art. 5 of the UN Charter.

In this framework we took notice of the recent developments in Poland and the new bill introducing severe sanctions for judges who make decisions aimed to defend the independence of the Judiciary. We denounce this unacceptable break of the basic principles of the Rule of Law, namely limiting the freedom of a judge to direct questions to the European Court of Justice and we ask the EU Commission to activate the article 258 TFEU as an urgent matter.

In view of the essential nature of a strong and independent civil society to any functioning democracy, we encourage the EU institutions and its member states to combat the rising number of governmentally aligned NGOs and ensure the independence of NGO’s across the EU. We propose measures to increase independent funding opportunities for NGO’s and increase transparency for NGO’s to decrease the amount of governmentally aligned NGOs, organized and controlled by either governments or political parties.

Europe’s leaders agreed in Silbiu that “we will give ourselves the means to match our ambitions. We will provide the Union with the means necessary to attain its objectives and carry through its policies”

It is undeniable that the “negotiating box” presented by the Finnish presidency, significantly smaller than the proposals of the Commission in May and June 2018, is totally inadequate to fulfil the EU’s agenda for the next five years in the fields of SDGs, cohesion, young people, migration and border management, security and external action, research, investment and digital transformation. Moreover, the negotiations have been founded on the “original sin” of the Multiannual Financial Framework, weakly nourished by national contribution without the vigorous support of a European autonomous fiscal capacity.

We ask the European Parliament, the Council and the EU Commission:

– To re-establish the five-years programming of the Delors Package-I and as proposed by the EP (5+5), which is more coherent from an economic and democratic point of view

The Conference on the Future of Europe is one of the top priorities of the new Commission chaired by Ursula von der Leyen and is due to start in 2020 and run for maximum two years. Formal arrangements are currently under discussion by the EU institutions.

We welcome the opinion of the EP Constitutional Affairs Committee underlining that “the 70th anniversary of the Schuman Declaration…can provide further impetus to the Conference” and that “the aim of the Conference should be to engage directly the citizens through a bottom-up approach and that, in the long term, a permanent mechanism for engaging with the citizens in the reflection on the future of Europe should be envisaged”.

We have taken note that “the consultations should be organized using the most efficient, innovative and appropriate platforms, including online tools reaching all parts of the EU, in order to guarantee that any citizens can have a say during the work of the Conference…ensuring youth participation” and that “citizens will…participate in equal conditions as the institutional representatives”.

With this in mind, we have renewed calls for a bottom-up, building-site and free-standing and spontaneously organized events.

We suggest modelling these events on the world-famous Edinburgh Fringe Festival to mobilize EU citizens ahead of the Future of Europe Conference. We discussed how a “European Fringe Festival” – as a model of Citizens’ Agora – would allow citizens to occupy the “spaces in between” whatever consultative processes and citizens dialogues emerge from the inter-institutional negotiations.

The Conference on the Future of Europe should be preceded by a  European Common Declaration of European Nobel Laureates and Youth Movements, celebrating the 70th anniversary of the Schuman Declaration and offering a vision of the EU of the 21st century that implements the SDGs by 2030.

On May 9th, 2020, the Presidents of all EU Institutions and bodies should open the Conference to address the transformation of EU, drawing inspiration from the European Common Declaration.

The Conference on the Future of Europe should open a public space to build the consensus between the representative and the participatory democracy well beyond mere consultations or citizens dialogues. In this sense, the Civil Society organization partners of the European Commission and the programmes as Europe for Citizens could be a valuable role of chain of information and dialogue with citizens.  A special effort should be played to reach local communities engaging local governments in a coordinated manner.

We suggest that the role of participatory democracy will be played in the framework of deliberative thematic Conventions or Citizens Agora using innovative ways:

We think that all EU citizens should be given the possibility to prioritize in a socio-economic balance the policy issues to be discussed at the Conference through transnational online platforms.

In face-to-face fora with socio economic and gender representativity and necessary technical assistance the citizens will develop their own European policy proposals to be presented and seriously discussed and considered in later thematic conventions that take place in different parts of the European Union with MEPs, the European Commission, Mayors and civil society organisations.

Both the Committee of Regions and the European Economic and Social Committee will be active in this process. All citizens forums as well as the thematic conventions should be streamed online and the citizens given the possibility for online feedback.

We favor the use of online platforms which can reach out to up to 450 million citizens by internet or mobile phone. Such platforms must demonstrate how they can reach those individuals who are most marginalized and excluded from political influence and the answers of all participating population groups must be given weight according to the demographic structure. Through such online platforms, citizens should be able to prioritize policy challenges in local, regional and macro-regional demographically representative fora linked to Citizens Dialogues.

As concerns the Conference, it should be composed by an equal number of EU and national parliamentarian members (54+54) sitting together in political European groups and involve the Commission and the Council (three members for each Institutions) on equal footing. A special session of “Assizes inter-parlamentaires” should take place during the German presidency of EU Council in Berlin following the example of the meeting held in Rome before the Maastricht Treaty (November 1990).

Representatives of ECB, EESC, Committee of Regions, FRA, Eurojust, as well as Ombudsman and EU Prosecutor should take part in the debates. When the Conference will meet in Brussels or Strasbourg it will be hosted by the EP and the secretariat will be provided both by the Commission and the EP. The President will be elected by the Conference between the MEPs. No Presidium or Steering Group will be created.

The Conference should respect two main elements of a true public debate:

– The transparency and publicity of all the debates and the conclusions to be taken with a super-qualified majority.

The Conference must be preceded and accompanied – not tackled – by major proposals and decisions by the EU Institutions on climate change, digitalization, completion of EMU, migration, fight against inequalities, social market economy, rule of law as well as the Electoral Law System and the election of EU leaders.

The Conference will be a unique opportunity to tackle the key issues on:

– The achievement of SDGs

– The role of EU in a globalized world

– The political boundaries of EU

If a majority consensus will be reached to write a new Treaty, the best way is to recognize the leading role of the EP in cooperation with the national Parliaments. At the end of a constituent process, the EU citizens (“sovereignty belongs to the people”) will have to voice their opinion by means of referenda to be held the same day in all the Member States.

The EU needs to adapt its governance towards system leadership for transformational change to be “a global leader of the green economy and just transition, while climate is one of its priority”.

The Conference on the Future of Europe should design an “empower roadmap” making use i.e. of UN and World Bank reports demonstrating how digital tools could empower public authorities (at European, national and local levels) and individuals (as citizens, users, consumers, retail investors) to accelerate the implementation of the SDGs and climate agreements.

While addressing the twin crises by design – inequality, and the Planetary boundaries – bound together (as the Green New Deal for Europe, Democracy in Europe Movement 2025 states), our system leadership should aim to 3 objectives:

The following representatives of European CSOs