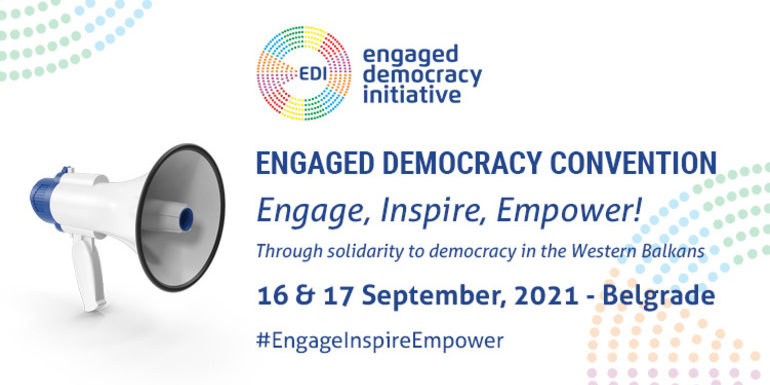 The Engaged Democracy Initiative (EDI), initiatied by the European Fund for the Balkans (EFB) and the Institute for Democratic Engagement Southeast Europe (IDESE) aims to gather local organizations, researchers, social businesses and active citizens in the Western Balkans (WB) involved with issues of democratization, social injustice and accountability of institutions, and support them to join forces and work on preserving and promoting values of open, solidarity-based and democratic societies.

The Convention provided a space for exchange, and united the diverse citizens’ perspectives by delivering an agenda that meets up their needs. This event used as a kick-off for the future joint work on the possibilities of shaping a genuinely democratic and engaged region through exchange of experiences, advice, and information on activities, and facilitating joint work and cooperation both at the local and regional level.

Solidarity as the last resort when State institutions are captured 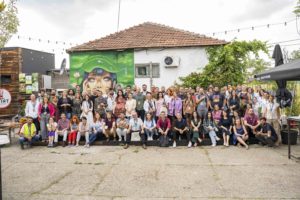 The European Civic Forum was also present at the kick-off, in Dorcol Platz in Belgrade, Serbia. During two days (16 & 17 September), activists, social economy actors, informal citizens’ groups exchanged on ways to promote an agenda that protects the common good in the region. ECF also reminded about the need to build bridges across sectors and foster cooperation with alike movements from all across Europe.

Among the numerous issues discussed, reclaiming public spaces captured by State institutions was a key element. Participants agreed on the need to thoroughly search for open doors in institutions and to act in an organised manner. They also regret that European leaders encourage a status quo in the region, by supporting countries with autoritarian trends. On the other hand, solidarity often remains the only way to put pressure under such circumstances, which was also the purpose of the Convention: to build a community of solidarity across the region and beyond.

Find out more about the Convention here.