Drifts towards authoritarianism across Europe alert institutions and NGOs 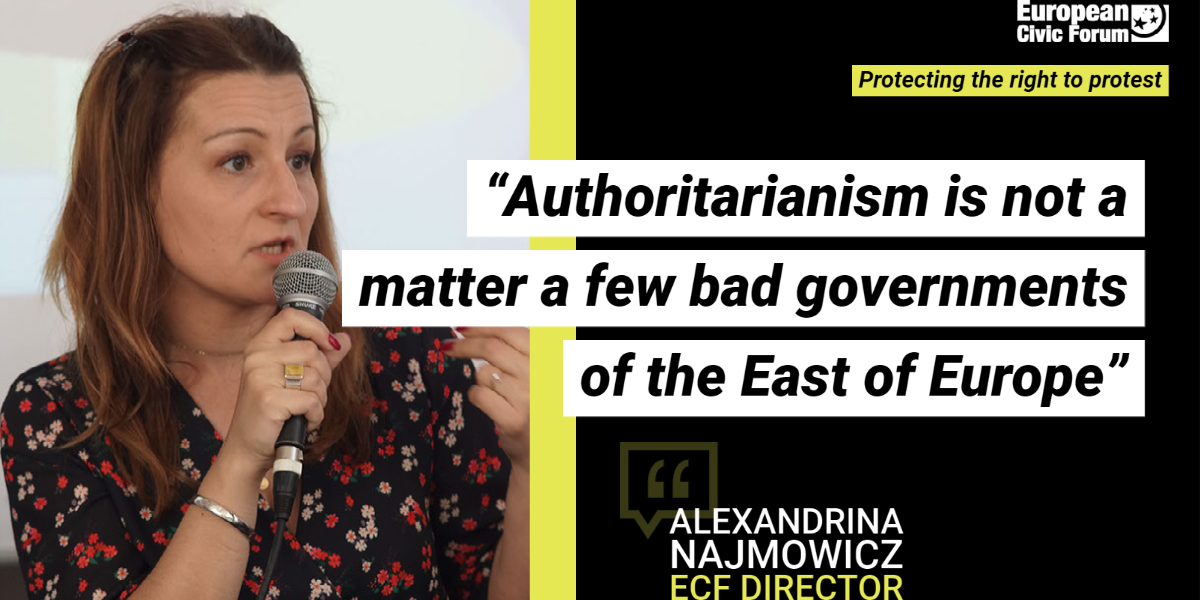 On 3 December 2020, the European Civic Forum, together with the Spanish associations Novact and Iridia, organised a policy debate with representatives of democratic civic organisations and protest movements from across Europe as well as EU representatives to discuss what level of restriction of our rights is acceptable in the context of the global pandemic and what can EU do to counter Governments taking restrictions too far.

Arié Alimi, French lawyer and a recognised specialist in criminal law and police violence for the Ligue des Droits de l’Homme, Marta Lempart, from the Polish women protest movement Ogólnopolski Strajk Kobiet, and Anaïs Franquesa Griso, Catalan criminal lawyer representing the defense network Defender a quien defiende have exposed all the worrying developments in the shrinking of civic space, from Warsaw to Paris. Representatives of the European Parliament, the European Commission and the Office of the United Nations High Commissioner for Human Rights have discussed how to address this phenomenon at the EU level.

“The pandemic is a crash test for our democracies and the rule of law. This year, at least five European countries (Greece, France, Poland, Denmark, United Kingdom) have passed or have on the table bills restricting the right to protest beyond COVID-19. It is not just a matter of a few “bad” European governments in the East, there is a virus of authoritarianism spreading across Europe”, stressed Alexandrina Najmowicz, Director of the European Civic Forum.