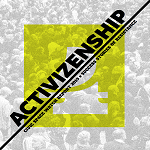 This fourth issue of Activizenship brings into the spotlight success stories of resistance against repression, political apathy, consumerism, exclusion, individualism and fragmentation, putting them into a wider perspective of socio-economic and political developments.

Sixty-two years ago, Europe grew as a promise of peace and a driver of economic progress. Our common heritage is based on struggles to overcome social exploitation, colonialism, patriarchy and racism, on victories against dictatorship and authoritarian regimes.

The success stories of resistance we showcase in this publication illustrate some of the many ways in which civil society and citizens work together to create mutualism and solidarity and, as can be seen, win great victories that contribute to making Europe great for all. These are stories from countries where civic space is under growing pressure, and for this reason, we want to give recognition to civil society for its daily work with examples from Estonia, France, Italy, Poland, Romania, Spain. Each story is contextualised through a case study on civic space in that country, written by a national watchdog.

Thanks to these experiences and case studies, Activizenship #4 wants to contribute to the understanding of the features and evolutions of the civic space for those who defend and act for rights on the ground.