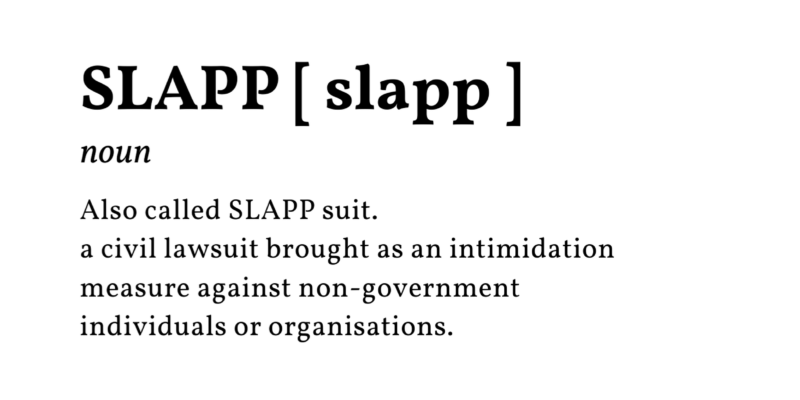 Together with over a 100 NGOs, ECF has published a policy paper on how the EU should end gag lawsuits, also known as SLAPPs.

Strategic Lawsuits Against Public Participation (SLAPP) are lawsuits brought forward by powerful actors (e.g. companies, public officials in their private capacity, high profile persons) to harass and silence those speaking out in the public interest. Typical victims are those with a watchdog role, for instance: journalists, activists, associations, academics, trade unions, media organisations and civil society organisations. SLAPPs are a threat to freedom of expression, advocacy and assembly rights.

Recent examples of SLAPPs include Paypal libel against SumOfUs for a peaceful protest outside its headquarters in Germany, or Bollore Group’s 20 lawsuits against NGOs Sherpa and ReAct in France to stop them reporting human rights abuses in Cameroon. When Maltese journalist Daphne Caurana Galizia was brutally killed she had 47 SLAPPs pending against her.

In January 2020, ECF and other organisations already shared with European Commission Vice President Jourová our concerns that the planned measures to deter SLAPPs could fail to include all those affected.

SPAIN: Gag Law under reform, the right to freedom of peaceful assembly, expression and rule of law at stake – Joint letter
11 février 2022