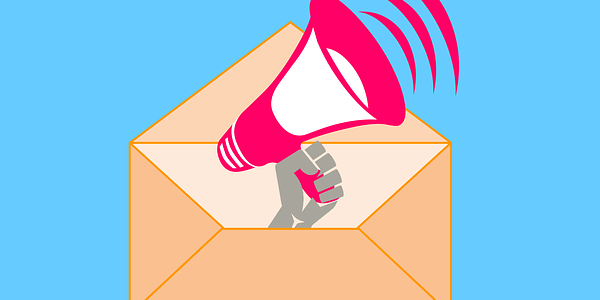 A “MAKE EUROPE GREAT FOR ALL” PERSPECTIVE
IS URGENTLY NEEDED!

We are addressing you today to share our deep concern about the state of the European project and the response to the situation proposed by the Heads of States.

The approach adopted by the European Council to meet the issues facing the European Union is fascinating and desperate. From its very introduction, the New Strategic Agenda says it all. The challenge is that of a world that has become unstable and complex. It is therefore a question of responding to external dangers.

Let us say it right away, for the European Civic Forum, it is the effects of the policies pursued for decades that have caused the crisis for our societies. These policies have consisted of poor regulation of globalization driven by the “financial” part of capitalism, which has put individuals in competition with each other in all areas of life, delegitimizing the common good, and continuously seeking to reduce solidarity.

The effects of such policies have gradually but surely increased inequalities in society everywhere, developed precariousness from which it is difficult for people trapped in this cycle to escape. They have produced deep fears of being left behind when faced with difficult life circumstances. The balance between individual opportunities and collective protection has been disrupted for a significant part of the population in Europe.

It is from all this that monsters emerge: identities that are expressed through the exclusion of the other; solidarity that is no longer considered to be for everyone, but limited to “Our People”; growing reluctance from part of our societies for public policies to respond positively to the diversity of situations people experience, where majorities are tempted to deny the rights of minorities; increasing xenophobia, homophobia and racism. European leaders, who have endorsed the “strategic programme 2019-2024”, seem not to think they have any responsibility for the emergence and progress of these monsters. Yet some leaders are more farsighted, such as Mario Draghi who, in a recent substantive speech on the challenges facing the EU, said “[…] we must respond to the perception of a lack of equity between countries and between social classes. […]“.

So let us look at the shortcomings of this “strategic programme”, and at what this document reveals in terms of European leaders’ understanding of their task.

Among the four issues it identifies, the first is “Protecting citizens and freedoms“. How unfortunate it is that the document does not offer solutions to the plight of tens of millions of people, with lasting precariousness, difficulties in accessing fundamental rights (decent income, education, healthcare, housing…).

It only refers to migration, border protection, natural disasters, cybercrime and completely fails to address the social protection issues that satisfy people’s expectations. Doing so, the “Strategy” continues the political irresponsibility of recent decades. Those who feel left behind cannot identify with such a European project. Faced with extreme right-wing political offers which advocate competition between exclusive identities, let us say it out loud, there is no alternative other than to define the future of the European project around solidarity and the claimed European values.

With regards to freedoms, in recent years we have seen, on the one hand, the rise of illiberalism attacking the independence of justice and civil liberties, and, on the other hand, policies prone to sacrifice individual freedom in the name of the fight against terrorist acts. The fact that these developments are not even mentioned can only be interpreted as “silence means consent”.

The second issue is “Developing the economic base“. Here the usual obvious elements are mentioned: in a world where competition is everywhere, Europe has to be competitive; to be competitive, it needs to provide training, to build infrastructure; in such a world, agreed rules are needed. All that is fine! But why are the challenging questions posed by the very functioning of the European economy not addressed: the concentration of wealth, the level of poverty, rising inequalities, the shrinking of the commons in society?

Indeed, compared to other zones around the globe, the EU provides the best collective social protection. But, its population is experiencing increased inequalities, shrinking effective access to the various components of social protection with illegitimate differences related to income, to territory, to people’s origin,… A ‘postcode lottery’ of social protection rights has been created.

How can the increase in the wealth produced in the EU be politically sustainable alongside increasingly unequal redistribution? How can our societies neglect putting those who are “excluded” and those who feel left behind at the centre of public policies. Can there be a “strategic program” worthy of the name that does not address this?

The third topic is “Climate and social issues“. The response for the climate component is investment. Even although it is not explicitly named, housing upgrading is at the heart of the approach that includes financial support for households in need. Addressing climate change seems thus to be mostly reliant on individual behaviour (consumption, investment). How can European leaders conceive a “strategic programme” regarding climate change if it ignores the question of the production and distribution models, the balance to be struck between the individual and collective components of consumption…?

As for the broader social issues, the sentence “The European Pillar of Social Rights should be implemented at EU and Member State level, with due regard for respective competences.” says it all. The socials issues are to be addressed with no significant European level component, so without any kind of financial redistribution between Member States.

The fourth issue is “Promoting interests and values“. The European Council notes that multilateralism is disintegrating and international relations are increasingly driven by the balance of forces between countries. Its response is a claim for a more unified European diplomacy, a call to bring back the “values” in international relationships and a demand for a return to fair rules. All that is not questionable in itself. But how can it be operational? Can there be a “strategic program” that does not show how it will respond to future situations such as the withdrawal of the Paris climate agreement or the nuclear agreement with Iran? How can we understand the lack of any reference to how the EU deals with wars, dictatorships, and extreme poverty worldwide?

These shortcomings are all the more worrying when the European construction itself reflects what can be observed at the international level. As part of EU decision making, leaders are imposing “rules” designed to reflect the dominance of the strongest. Also, tools are more and more commonly used that lead to non-decision (unanimity, blocking minority). The very functioning of the EU today reveals better than any speech, its lack of ability to address critical issues.

To conclude, European leaders present us with a roadmap that lacks the overall vision to answer the societal challenges, lacks clear proposals for public policies, and lacks the ability to set meaningful headlines and commitments. They are proposing to sail in a rudderless ship. We have therefore every reason to be pessimistic.

To overcome this pessimism, we need a strategic programme for a European Union built on access to fundamental rights for all those living there. We need a strategic agenda that responds to the societal challenges resulting from the imbalances of financial globalization. We need an agenda that answers their deleterious political effects all over the EU. Otherwise these effects will be irreversible and will result in the collapse of our societies.

The European Civic Forum, with a huge number of civic actors, will pursue daily activities in order to reinforce equality, solidarity, social justice, inclusion and democracy in the day to day reality of society and of people’s lives. But, that is not enough. We need institutions and elected representatives to accept their responsibilities and to develop policies which address this agenda.

The European Civic Forum coordinates the campaign Make Europe Great for All (MEGA).

Each year in December, in a week encompassing the International Volunteer Day and the anniversary of the Universal Declaration of Human Rights, the ECF organises activities on the role of associations, aimed at strengthening civil society and defending the values claimed by the European Union.

This year, through its Activizenship magazine, the ECF will highlight positive stories of citizens’ mobilisations, both on local issues and more global challenges.

The ECF also organises the European Civic Academy. With the participation of academics, the sessions reflect upon the role of active citizenship in building resilient and inclusive societies.

Looking back at another year of pandemic
15 décembre 2021