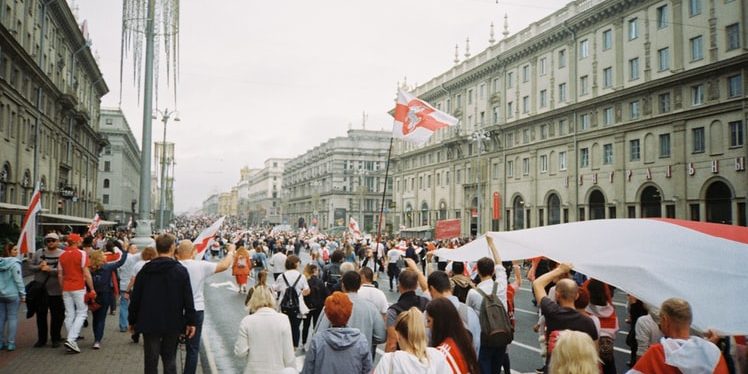 On 22 July, the Ministry of Justice filed a lawsuit to liquidate over 50 NGOs in Belarus. This comes after Lukashenko vowed to continue what he called a “mopping-up operation” against civil society activists who he denounced as “bandits and foreign agents”.  This is the government’s latest move in a relentless and systematic crackdown on civil society.

Organisations facing closure include the Belarussian Association of Journalists, the largest association of journalists in the country, human rights organisation Human Constanta, the Office for Rights of Disabled people, the Centre for European Research, the Centre of Environmental Solutions, Press Club Belarus, the Belarusian National Youth Council, alongst many others.

The dissolution of NGOs has also coincided with more than 200 raids of offices and apartments in a targeting of NGO workers, journalists, activists and rights defenders. Raids have been coupled with arrests, including most recently Ales Bialatski, a leader of Viasna Human Rights Centre. Journalists have also been systematically targeted in the arrests, with 32 Belarusian journalists in custody.

ECF, which has expressed support to the people of Belarus mobilising for democracy after the regime denied the electoral results in August 2020, condemns this outright attack on freedom of association and expression. ECF is extremely concerned by the demolition of the country’s civil society and civic sector pursued by Lukashenko’s government. Freedom to associate peacefully is a fundamental right that must be fully respected as recognised in the OSCE/ODIHR Guidelines on Freedom of Association.

ECF calls upon the EU to renew pressure on Belarussian authorities to reverse the decision to close NGOs. ECF asks the EU and its Member States to put pressure on Belarus authorities to stop the repressions of civil society, NGOs, journalists, and human rights defenders, amongst others, and strongly requests immediate release of those that are victims of arbitrary arrests. All those that were affected by these unlawful acts should be offered solidarity and assistance, including through their dedicated support programmes/mechanisms established by the EU and/or its Member States. Belarus must be held accountable to international human rights obligations.

ECF express condolences after the passing of David Sassoli, president of the European Parliament
11 janvier 2022