The European Citizenship Awards are a joint initiative between Volonteurope and European Civic Forum, two European networks which promote active citizenship and recognition of the importance of social justice to the cohesion of communities across Europe. The Awards celebrate the democratic and civic engagement of individuals, organisations, citizens’ groups, media platforms and social enterprises, recognising innovative initiatives and contributions which give real substance to European values, create ownership of public space and improve the lives of our communities in terms of democracy, social justice and universal access to rights.

The joint initiative comes at a time when the European project is facing many challenges. Through the European Citizenship Awards 2016, the two networks will recognise and give visibility to outstanding initiatives and civil society actors who put European democratic citizenship into practice and have a real, positive impact on the lives of their communities – be it at the local, regional, national or European level.

To this effect, the Awards are targetting nominees from all current member states of the Council of Europe, in the following four categories:

Following the nomination period, open to all according to the rules of procedure, a judging panel meets in order to select four nominees per category, according to precise guidelines. 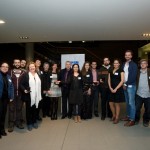 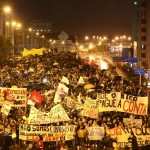 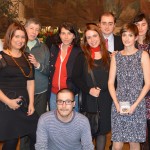 The European Civic Forum held its first European Democratic Citizenship Awards on Saturday 3rd May 2014 in Strasbourg. The ceremony was hosted by the Strasbourg City Council. In its opening address, the Mayor of Strasbourg, Roland Ries, welcomed ECF initiative to celebrate civic engagement and activism as instrumental in giving a new impetus to European democracy in the current context of political and institutional renewal.

The ceremony rewarding the most innovative and creative approaches to the development of a true European active citizenship began with a short retrospect by ECF President, Jean-Marc Roirant, on ECF accomplishments since its creation nearly ten years ago in Strasbourg, in the Council of Europe. MEP Catherine Trautmann, and Nawel Rafik-Elmrini, Deputy Mayor, who have supported the initiative since the very beginning, as well as Brigitte Degen from the European Commission task force on the European Year of Citizens were also present to reward the winners.

To find out the complete list of winners, read our press release here.

After the selection process by an international Jury and online public voting which triggered nearly 10 000 voices recorded, remarkable initiatives and candidates were designated as the 2015 laureates.

To see the names of the winners and their achievements, please read our press release.

The 2016 edition is now waiting for your vote to make the difference! Click below and select your favorite nominee in each category. The candidates receiving most votes from online votes and judging members will be declared the 2016 laureates.

For further information about the European Citizenship Awards, please visit the event’s webpage.

The partners of the Awards