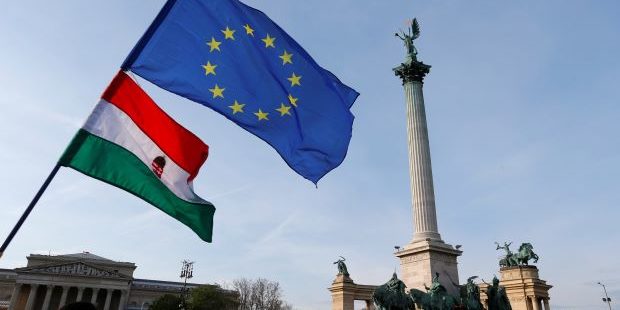 Today, the LIBE Committee of the European parliament organised a public hearing on the situation of fundamental rights and the Rule of Law in Hungary. Sitting in the panel with Judith SARGENTINI and Claude MORAES were also Marta PARDAVI from the Hungarian Helsinki Committee, Gábor POLYÁK from Mertek Media Monitor, Miklós SZÁNTHÓ (Centre for Fundamental Rights) and eventually Péter SZIJJÀRTÓ, Minister of Foreign Affairs in the Hungarian government.

After an initial introduction by the two MEPs, Mr. Szijjarto, coming as representative of the Hungarian government delivered a speech every demagogue in Europe would label as a model. Without referring to allegations of systemic breach of the Rule of law and fundamental rights, he drew dangerous parallels between migrants fleeing war zones and the number of terror attacks in the EU. While admitting that Hungary joined the European Union in 2004 because of the values it stands for, Mr. Szijjarto accused once again NGOs funded by foreign sources – mainly by George Soros – of working against the interest of the Hungarian people. Eventhough his party was condemned a few days ago by the Hungarian court to apologise to the Hungarian Helsinki Committee for similar allegations, Mr. Szijjarto opposed the vision of his government to the one of the EU, saying that “if the EU does not like what they hear in Hungary, the Hungarians do not like what they here in Brussels neither”.  On this claim that Orban’s government represents the one and only view of all Hungarians, Mrs. Sargentini reminded him that “Fidesz is a party, not a government, not a state and not the people”.

The audience had to wait until Marta Pardavi took the floor to hear some further aspects about the shrinking space for civil society and attempts to undermine democracy. She notably explained that Hungarian NGOs are already compelled to disclose information about their financial sources and their funds.

« The law on NGOs receiving funds from abroad is only meant at stigmatising those organisations, by forcing them to put a label “Funded from abroad” on all their communication materials.- Marta Pardavi, Hungarian Helsinki Committee »

These outcomes were confirmed by the Venice Commission opinion on the Lex NGO, as well as by the UN experts, who urged the Hungarian government to repeal the law.

When it came to laws on the media, Gabor Polyak, whose organisation Mertek is monitoring the legislative acts related to media gave a precise timeline of the crackdown on the audiovisual sector by Viktor Orban since his first election. Quoting official statistics, he said that TV channels owned by oligarchs close to Fidesz were given huge amounts of state advertising in comparison to more popular and independent channels. Mr. Polyak also warned about high ownership concentration and the purge that occurred in public broadcasting services following the arrival of Orban into power, while regulatory bodies were progressively dismantled by several laws.

Represented by Mr. Szantho, the Centre for Fundamental Rights – an organisation close to the government – argued that the values laid out in Article 2 TEU were undefined and could therefore be interpreted differently in Hungary than they were by the European institutions. As Israel Butler reminded him in a Tweet posted during the debate, the numerous guidelines and case-laws produced by the United Nations, European and national institutions proved he was wrong.

One could also have reminded Mr. Szantho that Hungary also signed the European Charter of Fundamental Rights and that these terms are well defined in the Charter.

As members of the LIBE committee took the floor, several MEPs – including some EPP members and far-right groups – defended the opinion of the government. Sophie In’t Veld (NL, ALDE), who was rapporteur for a report on democracy, fundamental rights and the rule of law in 2016, reminded Mr. Szijjarto that investigations were opened against Hungary for a long time, even before the dispute over the migrants relocation scheme. In a very intensive manner, she also called upon the EPP group to ban Fidesz from its group in the European Parliament. Barbara Kudrycka (PL, EPP) insisted on the fact that the Hungarian government should stop presenting the EU as an enemy, as it does at the moment through media propaganda.

Mrs. Sargentini had the last word, saying that she will have the report ready by March 2018 on whether the European Parliament should trigger sanctions foreseen by Article 7 TEU.