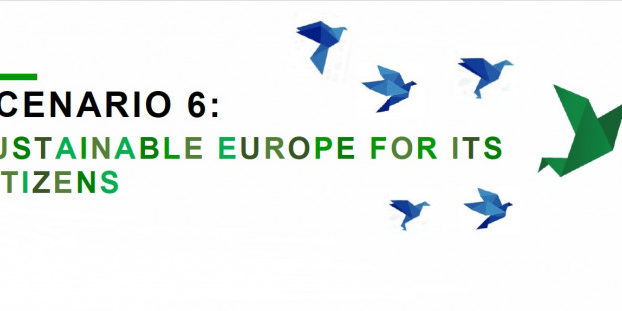 More than 250 non-government organisations from across Europe have today released an alternative vision for a more democratic, just and sustainable Europe.

Intended to influence the debate on the future direction of Europe, this alternative vision is endorsed by organisations representing a multitude of public interest issues, including democracy, labour rights, culture, development, environment, health, women’s rights, youth, and anti-discrimination groups.

It comes ahead of a summit of EU leaders this week with the key issues for Europe’s future on the agenda, including migration, security, jobs and Brexit. This week also marks the one year anniversary of the UK’s vote to leave the European Union (June 23) which propelled questions about the future of Europe up the political agenda.

The vision describes a future for Europe in which « sustainability sits firmly at the heart of the European project, » and the EU focuses on « democracy and participation, social and environmental justice, solidarity and sustainability, respect for the rule of law, and human rights both within Europe and around the globe ».

The organisations are putting this scenario for the future forward as an alternative to proposals from European Commission President Jean-Claude Juncker, including five ‘Future of Europe’ scenarios which are currently being consulted on with member states with first conclusions due at the end of the year.

The European Civic Forum joined 250 other organisations in reclaiming another Future of Europe and invites its member organisations and affiliated partners to sign the call too. The full text can be found here.

It is still time to change the course of #Europe: we want a 6th scenario, https://t.co/bu8hZwswfG
For a democratic, just #FutureofEurope

300+ CSOs call on the European Commission for a European Civil Society Strategy: join our campaign!
21 juin 2022