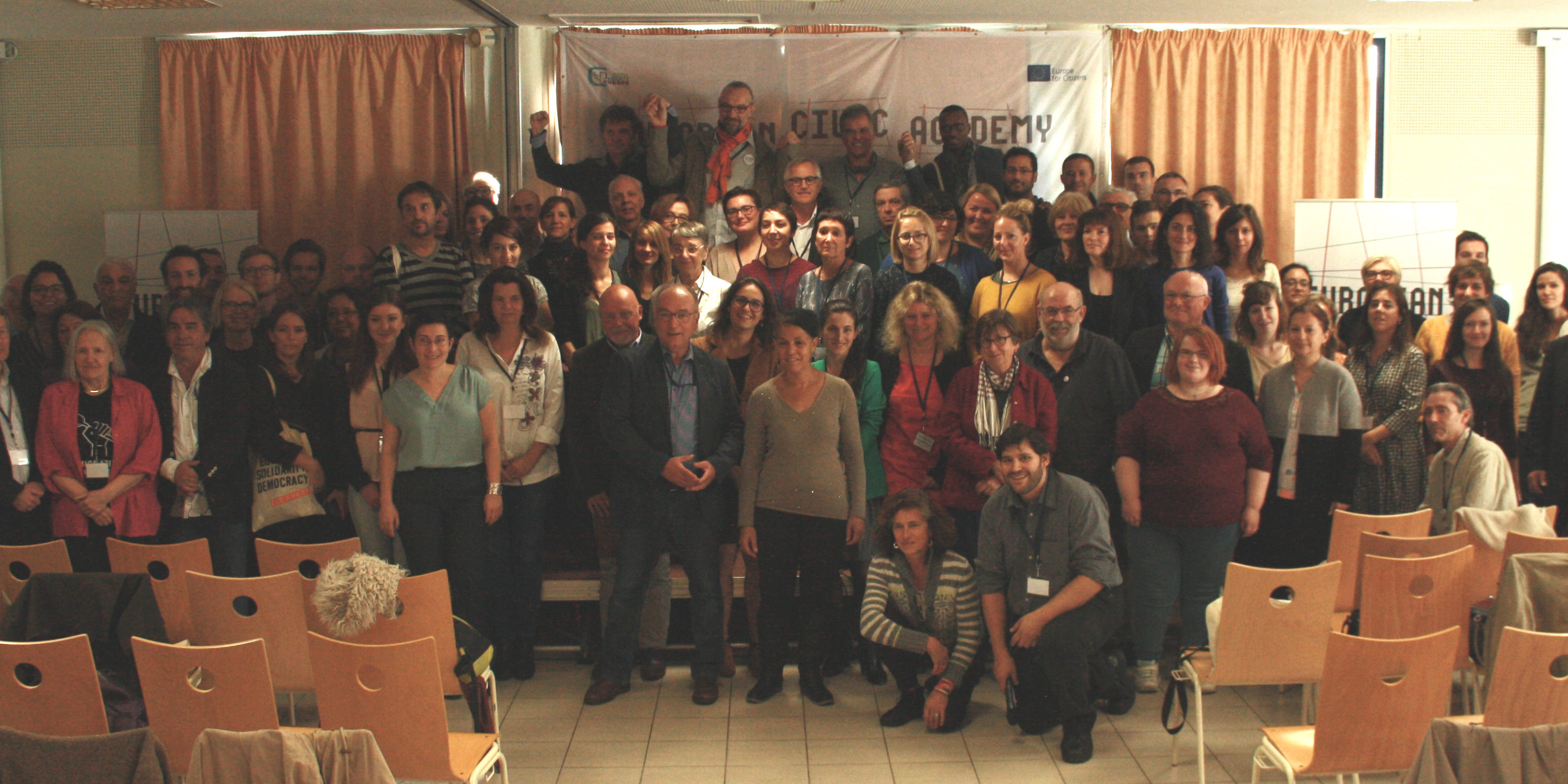 European civil society representatives and academics met on 8-9 October 2016 in La Rochelle, France to discuss about “Democracy in Europe and the missing links”. Some 200 activists from citizens’ platforms and representatives from social, human rights, culture and environment organisations from all over Europe gathered together. They discussed complex questions raised by citizens’ disenchantment, practice, and expectation with regard to democracy and in relation to the “democratic deficit” in Europe.

For a long time now, democratic disenchantment has constantly increased because of the growing gap between electoral promises and what elected representatives actually do, corruption that occurs where the vested interests of economic and political forces meet, lack of transparency of decision‐making processes which affect peoples’ lives, growing social inequalities, institutional disregard for social mobilisations about access to rights and fear of exclusion.

For an increasing number of people, this leads to questioning democracy as a relevant instrument to make their aspirations and claims heard and to be taken into account, while regressive populism is blossoming on this fertile ground. As Claudia Wiesner (Darmstadt University) underlined, “democracy is defined as the government of-for-by the people”. She also mentioned the importance of civil dialogue as accepting (for institutions) different opinions, especially through a real commitment towards civil dialogue, which is currently a problem in Europe. Thus, the distrust in the European project, which emerged following the referenda on the Constitutional Treaty of the EU, has not been tackled and created misunderstandings among the population. 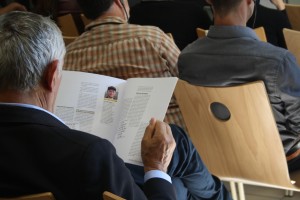 Filip Balunovic (Scuola Normale Superiore, Firenze), answering a question about access to rights for some and   denial of these rights to others, pointed out the unequal application of the Universal Declaration of Human Rights,  because of socio-economic factors depriving some people from their freedom. According to him, this emancipation of  rights is granted to those who do not threaten the current economic system. For his part, Martin Sime (Scottish  Council for Voluntary Organisations) thinks that the current top down model of governance is no longer possible to  respond to societal challenges, but that civil society can and has to address missing links in democracy, whilst also  facing its own weaknesses.

While decreasing electoral participation is often an indicator of growing democratic disenchantment, we are also witnessing the mobilisation of citizens on diverse issues, through different forms of action, from the local level to the global.

Organisations’ representatives gathered in La Rochelle also tried to better understand these evolutions and so contribute to the construction of Europe’s future. Through 7 workshops, each tackling a specific aspect of democracy, participants also went further in their analysis in addressing the state of democracy in Europe.

Besides this, they expressed their solidarity with activists fighting for democracy and protecting the Rule of Law in various countries where fundamental rights and civil society organisations’ activities are being undermined. Mateusz Kijowski (KoD, Poland), Nora Köves (Eötvös Karoly Institute, Hungary) and Claudiu Craciun (Demos, Romania) shared their experience as activists but also launched a call for solidarity among activists and organisations, in order to safeguard the democratic acquis in Europe. However, M. Kijowski reminded that democracy could not be (re)constructed by excluding anyone.

On Sunday, panelists gathered around the theme “(Re) building democratic legitimacy by citizen action” agreed on the need for civil society to overcome fear with freedom, as it was pointed out by Zrinka Bralo (Migrants Organise). They also criticised national governments for putting the blame on Europe, rejecting their own responsibilities. This observation was shared by Jorgo Riss (Greenpeace Europe), who called upon the participants to ask their national representatives for more accountability when it comes to the European Union. He also repeated that we had to make ourselves heard if we wanted Civil Society Europe to be a genuine interlocutor in civil dialogue.

Conclusions were drawn by Saskia Sassen, a renowned Dutch-American sociologist and economist, and Susan J. Schurman, distinguished professor at Rutgers, the State University of New Jersey. Mrs. Sassen reminded the audience that the current economic system was deepening inequalities and excluding de facto the most underprivileged, both socially and democratically. She also mentioned that new modes of aggregation could be the key for an outburst of civil society. Susan Schurman insisted on the key role played by civil society organisations as spaces in which we can learn democratic behaviour. In her opinion people can learn together that there are other alternatives to our democratic functioning, now stuck in crisis, if they are brought together (at their own choice) in a place where they can inquire into their different assumptions and beliefs.