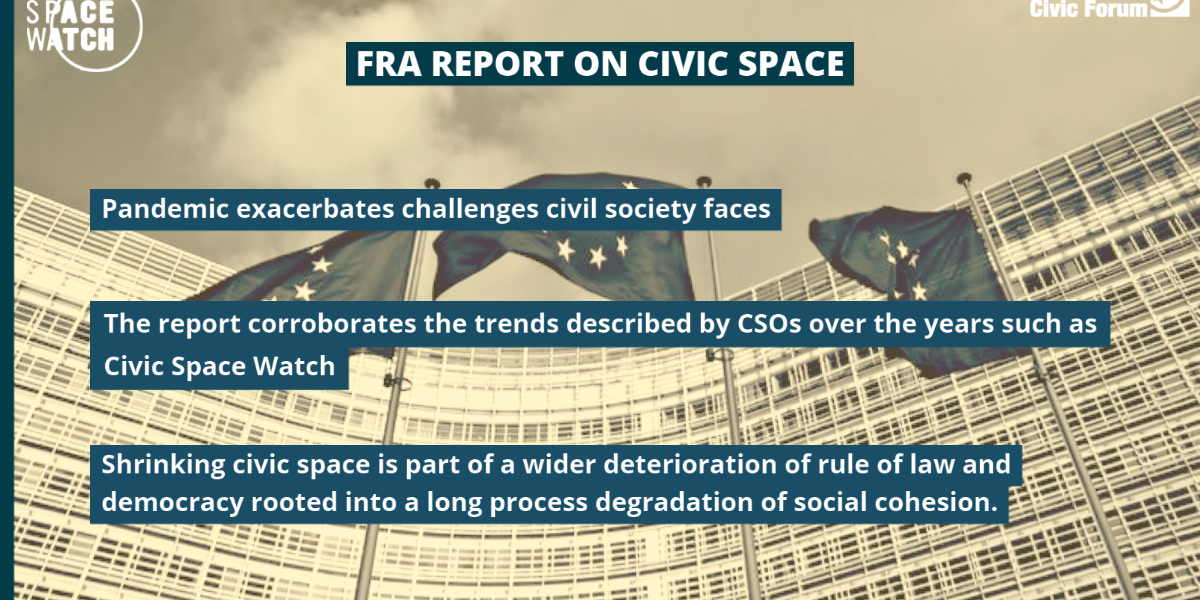 Yesterday, Tuesday 28 September, ECF Research & Advocacy officer Giada Negri attended an event organised by the EU Fundamental Rights Agency This event was the opportunity to present the findings from the latest report by the Agency on civic space and civil society under the pandemic.

2. We need to understand the root causes: shrinking #civicspace is part of a wider deterioration of #ruleoflaw and #democracy rooted into a long process degradation of #socialcohesion. #EU financial & economic policies play into that

More generally, the report corroborates the trends described by CSOs over the years (such as Civic Space Watch) and shows a worrying picture. The recommendations reflect many long term demands, especially the need for the DG Justice of the European Commission to monitor and act on violations. Giada Negri also mentioned the fact that shrinking civic space is part of a wider deterioration of Rule of Law and Democracy, rooted into a long process degradation of social cohesion. Those were exacerbated in the past years by EU economic and social policies.

On a positive note, ECF points at the annual Rule of Law report by the European Commission, 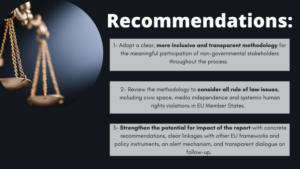 which highlights the watchdog role played by CSOs in democratic ecosystems. However, the reports fail to address issues beyond this, such as the crucial support and service provision to those most remote from access to justice. On this note, more than 60 organisations have issued a joint statement on how to improve the Commission’s Rule of Law mechanism, including by linking it with enforcement tools.

To conclude, the ECF would like to encourage the European Commission to use the FRA work & methodology on  civics pace to improve the monitoring of challenges and support civic actors under pressure.