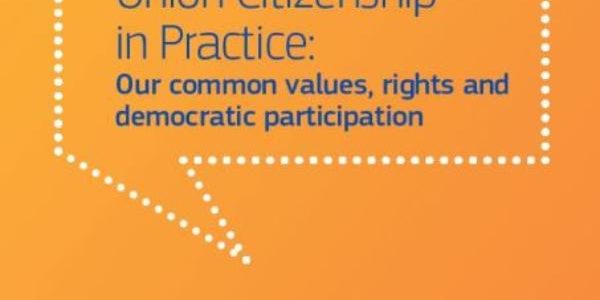 The ECF took part in the hearing on Union Citizenship in Practice: Our common values, rights and democratic participation organised by the European Commission and the European Parliament on 15 March 2016 in Brussels. The key objective of this hearing was to present the outcomes of the public consultation and recent flash Eurobarometer surveys, gather further input and reflect, with all actors concerned, on concrete avenues to advance EU citizenship and promote European common values and democratic participation.

Through panel discussions and open debate with the audience have been addressed specific issues related to the exercise of free movement and consular protection rights, as well as ways to enhance participation in the democratic life of the EU. While EU citizens seem to become more aware of their rights and the ways to exercise them (87% say they are familiar with the term “citizen of the EU” but only 56% claim to know what it means…), they also claim more efforts to get a stronger say on EU policy making (88% of the respondents in the public consultation), mainly through consultation and dialogue mechanisms.

The ECF welcomes both the consultation and open hearing opportunity as a step forward towards shaping a holistic and more inclusive citizenship policy, which should no longer be reduced to fostering “individual mobility rights” but should tackle citizens’ participation in policy making, both individually and through civil society associations.

From this perspective, the ECF deplores that this later dimension of citizens’ participation has been completely missing in the debate and strongly hopes the 2016 EU citizenship report will take good account of citizens’ expectations to see their right to have a say on European policies reinforced both by better use of existing consultation and the creation of new dialogue mechanisms.

For us, citizenship and the common good should become a cross-cutting dimension of European policies and a key priority in all areas of the Union’s action, by means of:

You can click here for further information on the hearing.