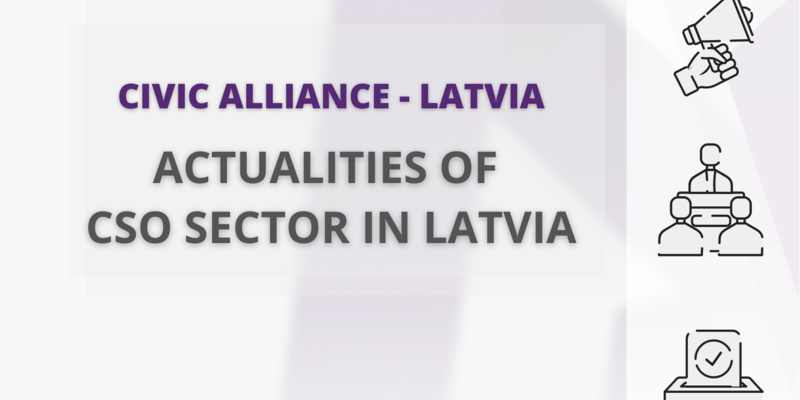 On Friday, March 25th and Saturday, March 26th, Kristīne Zonberga, Director of the Civic Alliance – Latvia, participated in the fifth plenary session and working groups of the Conference on the Future of Europe as a representative of Latvian citizens.

In the plenary session, Kristīne Zonberga presented a summary of the proposals for the future of Europe in the following six thematic areas made by Latvian citizens at the national events:

• A fair and equal Europe, mainly through common standards, including in areas that fall within national competences (including education and health). There are also proposals for stronger EU monitoring of compliance with standards in all Member States equally.
• Reducing inequalities as a horizontal priority for Europe. Locals also link it closely to promoting engagement, because if people’s basic needs are not met, they will not engage in communities and participatory processes. There is a need to promote citizen participation through new, more inclusive participatory tools, as well as civic education for all age groups.
• Strengthening the economy where Latvian citizens call for new approaches to tackle long-standing problems, such as support for social innovation, the introduction of a socially responsible procurement system, targeted support programmes for different target groups, including young people and people with special needs to start a business. Proposals also include the development of smart villages.
• Security. Citizens call for an assessment of Member States’ capacity to react and cope with crises, based on the experience of recent crises. In the context of security in Latvia, citizens called for strengthening external borders, the resilience of society and combating disinformation.