NEW EUROPEANS: Stand up for free speech in Belarus 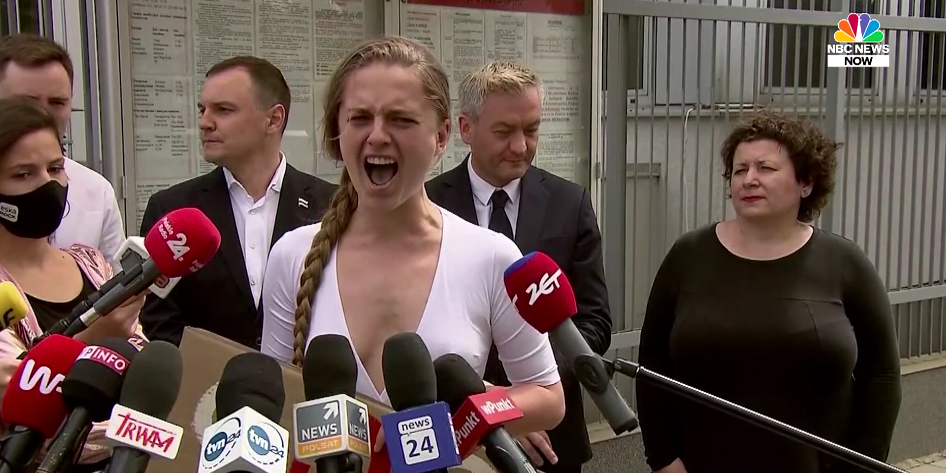 On 23 May 2021, the Lukashenko regime forced Ryan Air Flight 4978 from Athens to Vilnius to land in Minsk and the arrested Roman Protasevic and Sofia Sapega.

This act was immediately condemned by the EU and others as an act of air piracy and state terrorism.

However, there has so far been little in the way of an effective, co-ordinated international response to what is a brazen and premeditated attack on basic human rights, the Chicago Aviation Convention and free speech.

Meanwhile the Lukashenko regime has continued to sep up repressive measures against the Belarus population and against journalists, banning the Belarus Association of Journalists and forcing it’s leader, Andrei Bastunets to flee to Georgia in order to protect his own safety. 23 journalists are now in prison in Belarus  and many others have fled the country.

To mark the first anniversary of the « stolen election » and to show solidarity with journalists and the people of Belarus, New Europeans is calling for an EU-led international response to the outlawing of the Belarus Association of Journalists.

With no independent media, there can be no freedom of expression in Belarus.

Without freedom of speech, one cannot speak of democracy, human rights or the rule of law in any meaningful way in relation to the Belarus regime.

The European Union’s response has so far been  very weak, but this is not a reason to give up. On the contrary, the EU should recognise that it is too small to act alone and instead put itself at the vanguard of a co-ordinated international response to keep the pressure on the Belarus regime.

We have invited a panel of international speakers to express their support for our call to action, including: