EU budget: value for money and money for values? 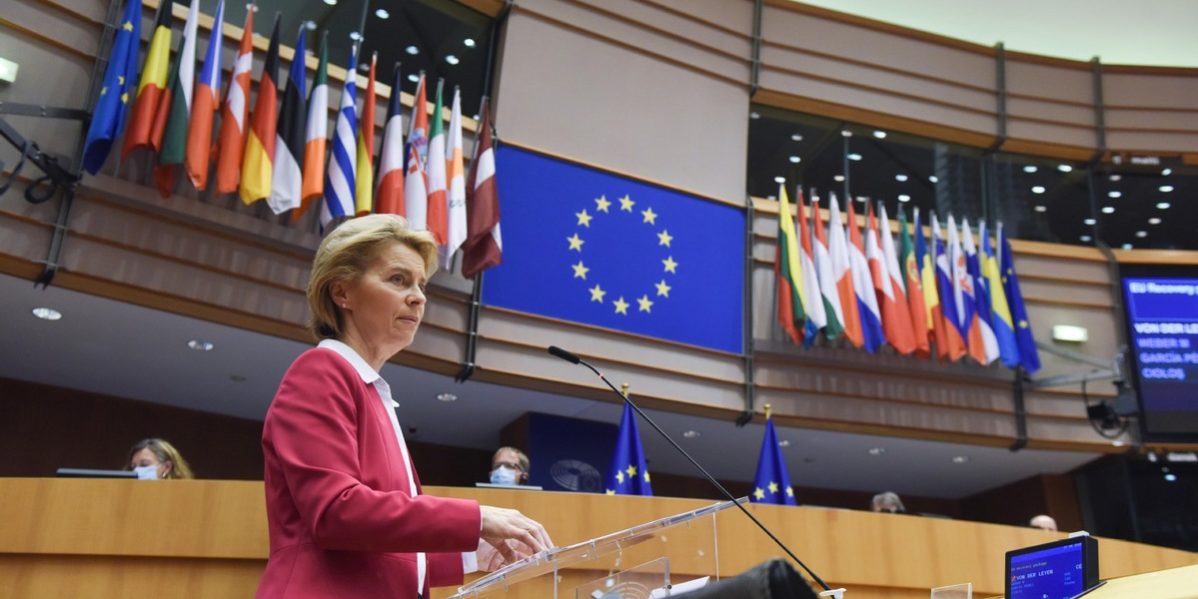 On 27 May, the European Commission presented a budget for the next seven years, including exceptional funding of 750 billion euros for a European response to the crisis resulting from Covid 19.

This budget tells much of the lessons that the European Commission is learning from the crisis. Essentially, it sees it as a time for a step forward in strengthening its economic role and for an EU shared debt emission. Unfortunately, it doesn’t propose a real place for the European Union in the social responses to the insecurities affecting whole sections of the population, which are set to deepen.

Yet, the European Commission rightly describes in its Communication an essential imbalance that the European project has not been able to address for more than two decades and that the current crisis has exacerbated.

« While every Member State has supported its workers and companies as much as possible, not all can do this to the same extent. This creates the risk of an imbalanced recovery, an uneven playing field and widening disparities. And it shows the need and the value of a European response. »

The fact that countries do not have the same capacity to support their workers is rightly established. The link between the economic and social dimensions and the means of the States is correctly identified. Is this reflected in the short and medium-term responses of the European budget? In fact, it is not. And this is going to be a major problem for the future of the European project because of the perception that citizens are going to have that the European response does not walk on both economic and social legs.

It is not possible to analyse in a few lines the content of the proposed budget for the next seven years, including the €750 billion for the European response to the consequences of the sanitary crisis.

Mostly classical areas of European funding to be covered

It can be seen that the bulk of the proposed crisis-related funding focuses on economic investments and so-called « structural » policies. Thus, in order to respond to the consequences of the sanitary crisis management, it will be mostly the classical areas of European funding that will be covered, without any significant changes in the prioritised policies.

The bulk will go to productive investments in territories with a deteriorated situation and to the sectors that the Commission considers to be promising for the future (digital, energy transition). Is this a response to the effects of the economic shock on people, or alternatively is it an acceleration of pre-existing investment programmes, which are part of the long-term objectives defined independently of the immediate effects of the crisis? In fact, the European Union is sticking to its standard approach which postulates that « today’s investments are tomorrow’s profits that should lead to after tomorrow’s jobs ». This is far from the answer to the complexity of the effects of the current crisis that the European Union is going through.

Once again, it is a marginal part of the European funding that will come in direct support of vulnerable populations, that will respond to the short-term shocks that people are experiencing, that will make up for the inequalities in the means of the Member States.

It is not surprising that the European Commission cannot include social expenses at the core of its financial propositions. The European Union has (almost) no responsibility for policies that enable social redistribution, a responsibility that is left (almost) exclusively to the Member States.

On the side of the Member States, the question of transfers between countries for social expenses as a counterpart to the unification of the economic, financial and monetary area has never been thought of. Yet, this economic unification structurally creates big beneficiaries, small beneficiaries and even losers.

A worrying separation of responsibilities between the EU and Member States

This separation of responsibilities between the EU and the Member States, respectively for the economic and social spheres, is all the more worrying as history teaches us about what such a separation can produce when inequalities increase, whatever the reasons and forms of such an increase.

The history of Europe’s first half of the 20th century has taught us that democracy does not coexist permanently with citizens behind in great numbers. Democracy implies public policies that address the inequalities generated by the market economy in such a way as to ensure effective access to fundamental rights for all.

At the end of the Second World War, in the capitalist part of Europe, national institutions had the two simultaneous missions of setting the rules for economic agents and deciding on redistribution policies for access to rights. When regions concentrated the production of wealth, public policies organised needed transfers for access to fundamental rights all over the country. Inequalities within the same region were also addressed through public investment, universal services, specific benefits, etc.

After having been limited to certain areas, the European integration is now very broad, largely unifying the whole economic, financial and monetary area. In a market economy, this naturally produces inequalities between territories, which the institutions must correct. Yet, along the European treaties, almost all the policies that provide access to fundamental rights (social, education, health, etc.) are maintained under the responsibility of the national States.

Thus, economic inequalities between countries are no longer offset by transfers, contrary to what used to happen in national states for their regions. With an uneven access to rights throughout the EU territory, the conditions for democracy are no longer properly ensured everywhere. The rise of right-wing extremism in Europe in the last decades has accompanied the divide of responsibilities between the EU and Member-states respectively for the economic and social issues.

The recovery plan as a test for EU democratic nature

As the Commission financial propositions point out, the crisis facing our societies in the wake of the Covid 19 epidemic will raise the question of the relevance of the European framework for an efficient response. It will question the democratic nature of the European project in terms of its capacity to respond to the expectations of those made more vulnerable by successive crises and the reforms of the welfare. European answers will be judged by the way in which access to health protection, decent employment and proper income will be guaranteed. These are immediate issues, not medium- or long-term issues.

The debate on the European budget for the coming years will focus on important issues such as the EU’s own resources, the issuance of a common debt, the investment in the countries most affected by the current crisis, as well as in countries whose energy-mix is not compatible with the objectives of the Paris agreement on climate change, and the financing of international solidarity with the countries of the South.

Can the EU be a project where democracy tackles the inequalities produced by the functioning of economies in terms of solidarity, redistribution and inclusiveness? The current approach doesn’t provide the expected answer. And, on the Member-states side, it is only on the margins that the discussions address these topics.

As long as the debate on the future of the EU remains poorly framed, it is difficult to see any way out of the current European disintegration. This doesn’t mean there is nothing civil society actors can do. On the contrary, there is absolute necessity to resist the effects of the crisis everywhere, to mobilise for immediate responses that help people, to call on the institutions to act. Such mobilisations are strong messages that institutions must listen to.

In the European Civic Forum, we seek to activate and consolidate a transnational, European citizenship that builds on the values of equality, solidarity, inclusiveness, democracy… We bring our contribution to counter discourses that defend identities based on exclusion, that feed the competition of all against all.