On 10 March 2018, the City of Paris, together with the European Civic Forum and the Jeunes Européens-France, launched an ambitious two-year project. The INCLUDE (Initiatives nouvelles pour la citoyenneté locale et urbaine des Européens) project aims at promoting European citizenship at the local level and inspire other public authorities elsewhere in Europe.

The idea behind the programme is to better inform Parisians about their rights as European citizens. Also, INCLUDE invites European citizens living in Paris to take part in the local community, not only by registering for local and European elections, but also through participation in decision-making.

More information can be found here. 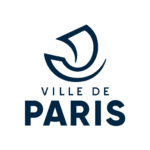