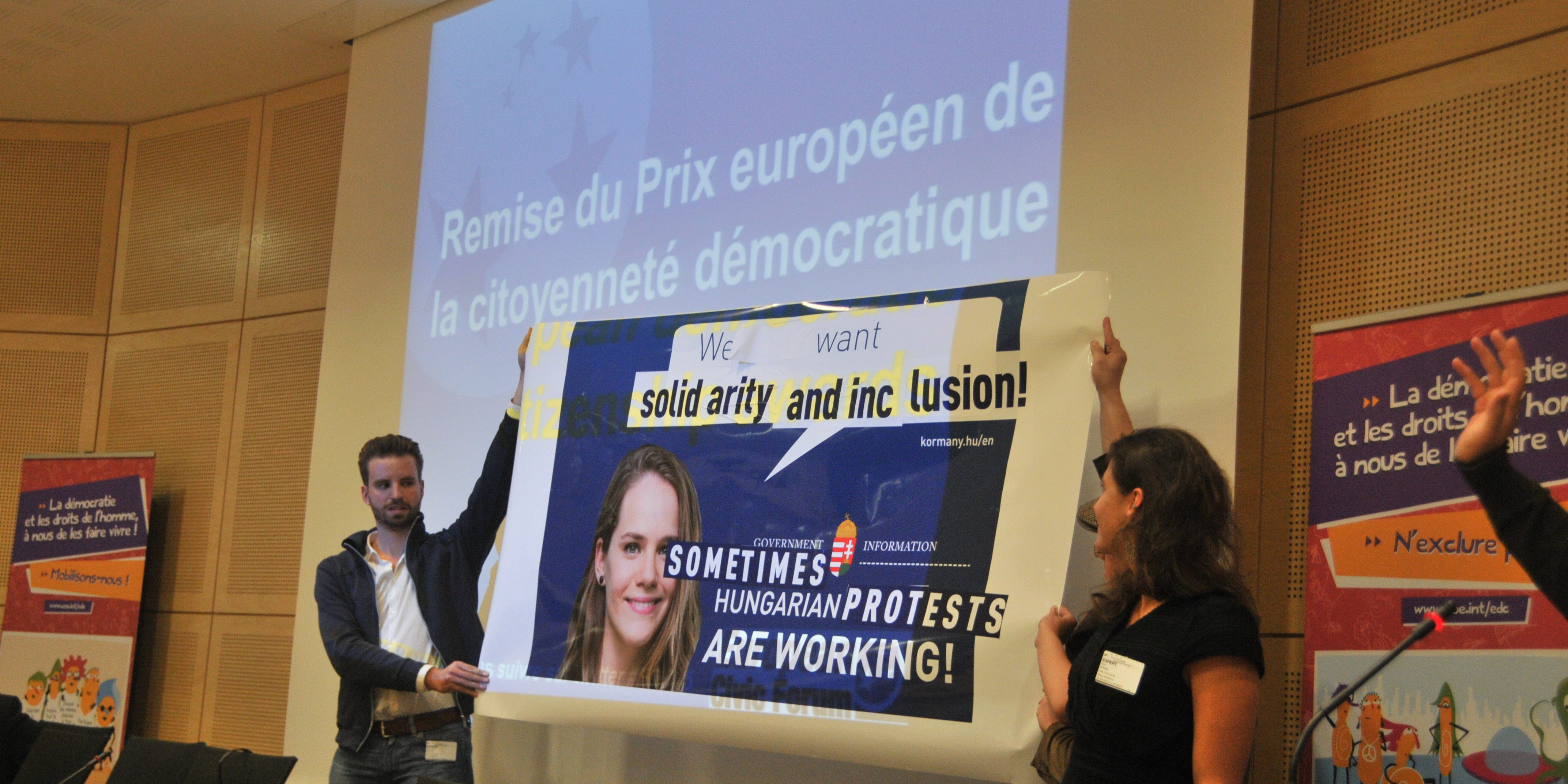 On 22 October, the European Civic Forum brought together the laureates of the European Democratic Citizenship Awards in the Council of Europe for a ceremony rewarding democratic actions, committed personalities and civic NGOs initiatives.

Among the laureates, the Hungarian campaign against the Internet tax was present. This mobilisation brought more than 100 000 people on a bridge in Budapest, as a protest against the draft proposal of Viktor Orban’s ultra-conservative government. Our partner ARTE went to Budapest and met these activists, who managed to organise the biggest citizens’ mobilisation over the last 25 years in Hungary, in order to understand what happened and to know if it introduced a change in the hungarian political debate.

Below is the extract from ARTE Journal (broadcasted live on 22 October).