On 19 February, the European Civic Forum, together with its members, called upon all civil society representatives, activists, decision-makers and citizens to join them for the kick-off event of the transnational civic campaign Make Europe Great for All – MEGA campaign. “With this campaign, we aim at mobilising horizontally all those who want to see a Europe with more solidarity, more inclusiveness, more equality, because we cannot hear their voices in the public debate at the moment.”, said Jean-Marc Roirant, the president of the ECF. 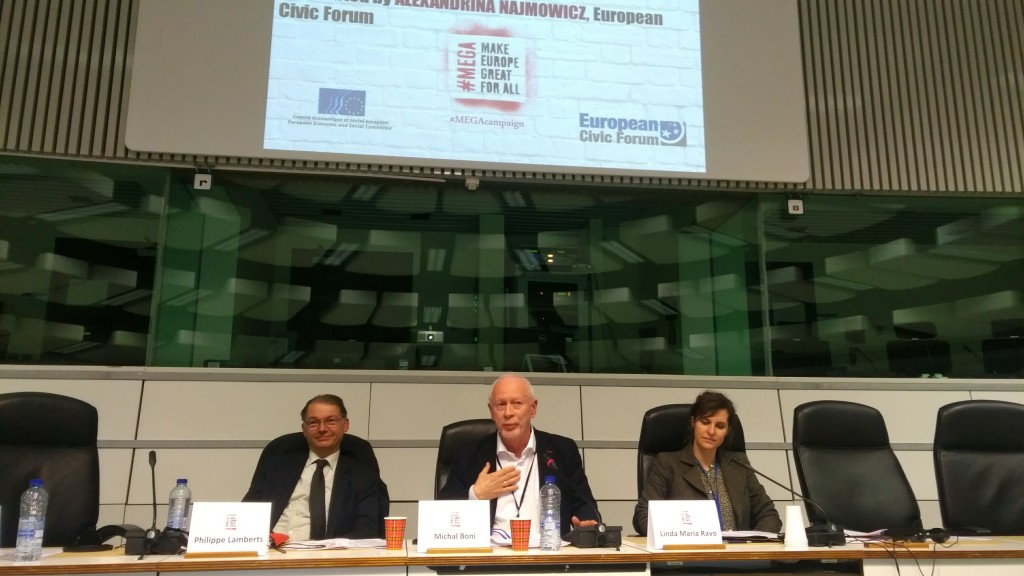