Call for EU action to safeguard Democracy and fundamental rights 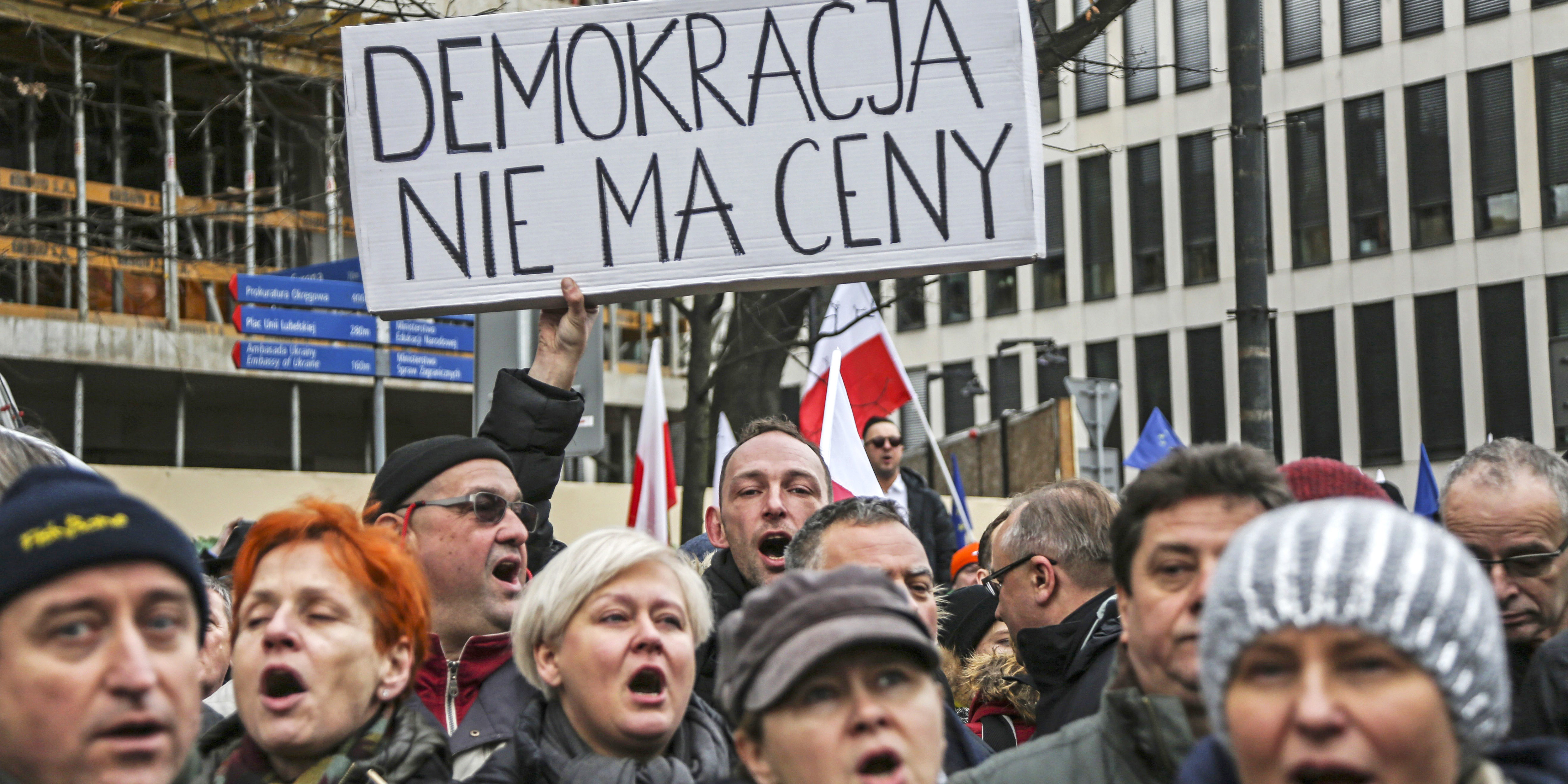 We stand with the people of Poland who marched this week-end in defence of democracy and European values. We are concerned that adopted and proposed legislation of the Polish government undermines fundamental rights and freedoms. This includes: limitations to the independence of the judiciary undermining the system of checks and balances and violation of the constitution, restrictions on the autonomy of the public media and a challenge to basic individual privacy which lies at the heart of European democracy. Many protesters have recently highlighted how a series of new proposals would threaten their core rights and freedom and have marched to the office of the President.

In this context, we welcome the quick reaction of the European institutions towards recent developments in Poland, especially the decision taken by the European Commission to activate the “Rule of law mechanism” to monitor clear indications of systemic threat and, engage in dialogue with its government to remedy to the situation and, ultimately, apply sanctions if needed, under the ‘article 7 procedure’.

The European institutions should now ensure consistent and systematic monitoring on the state of fundamental rights and democratic values in EU member States in a period when these rights are questioned by many governments, as suggested for example in the European Parliament 2013 resolution on the Situation of fundamental rights: standards and practices in Hungary . We are concerned about Hungary in its disregard for core freedoms and the failure of the European Union to act robustly to defend fundamental rights in this country. We also think the European institutions should scrutinize and engage in dialogue about measures recently taken or announced in the UK, Denmark, France, Belgium and Spain to reduce the right of protest and limit the ability to engage in lawful campaigning, to weaken judicial oversight and the right to privacy, as well as the right to asylum.

We stand with civil society and show solidarity with organisations and movements of citizens in Poland, Hungary and elsewhere, taking to the streets in legitimate protest against their government’s reduction of civil liberty. Finally, w e will continue to work in partnership with local organisations for the defence of a Europe of freedom and democracy.

– We call on the European institutions:

to put at the forefront of their action, as Guardian of the Treaties, the respect and the promotion of the fundamental values of the Union and the core European requirements of democracy, fundamental rights and the rule of law

– We call on the European Commission:
to develop a regular review of fundamental rights and values in all EU member States with the involvement of civil society through the provision of reports and hearings to ensure transparency of the process and an inclusive dialogue to ensure a consistent use of the “Rule of law mechanism” also for Hungary, and in any Member State when needed;

– We call on the European Parliament:
to adopt in its own forthcoming initiative report on an EU mechanism on democracy, rule of law and fundamental rights a stringent and transparent proposal for the review of the implementation of fundamental rights through country reports.

– We call on the European Council:
to put urgently on its agenda a debate on the respect of the Union’s fundamental values, state of democracy and the rule of law also as a response by concerns raised by the UN and the Council of Europe.

For more details about the opinions and activities of CSE members in relation to this issue visit Civil Society Europe website.