Europe by people – the future of everyday living! 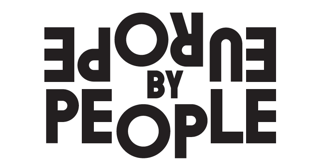 The Netherlands will preside over the European Union for six months, starting January 1st 2016. Over twenty thousand politicians and civil workers will swarm our capital. But it won’t be all about politics. For over six months Amsterdam will be a cultural capital and inspiring example for our society, by providing solutions for everyday living and being a canvas on which creatives and citizens can paint a picture of Europe’s future.

European Cultural Foundation (ECF), Netwerk Democratie and Pakhuis de Zwijger are organising a series of events on democratic and cultural renewal in Europe from a citizen’s perspective. More and more urban communities are confronted with urgent challenges on a daily basis. Many European cities are losing their cultural identity to gentrification processes due to commercial interests. Migration puts new pressures on cities but also offers opportunities to re-think themselves. This debate series explores different city policies and alternative practices which are reinvigorating democracy and transforming our cities and regions for the common good. We will meet people who are part of a growing movement of urban citizen co-development who are tackling issues on urban planning, cultural community initiatives, safeguarding and preservation of public space and participatory governance.

More information can be found on the events’ official website: http://europebypeople.nl/programmeseries/new-democracy.