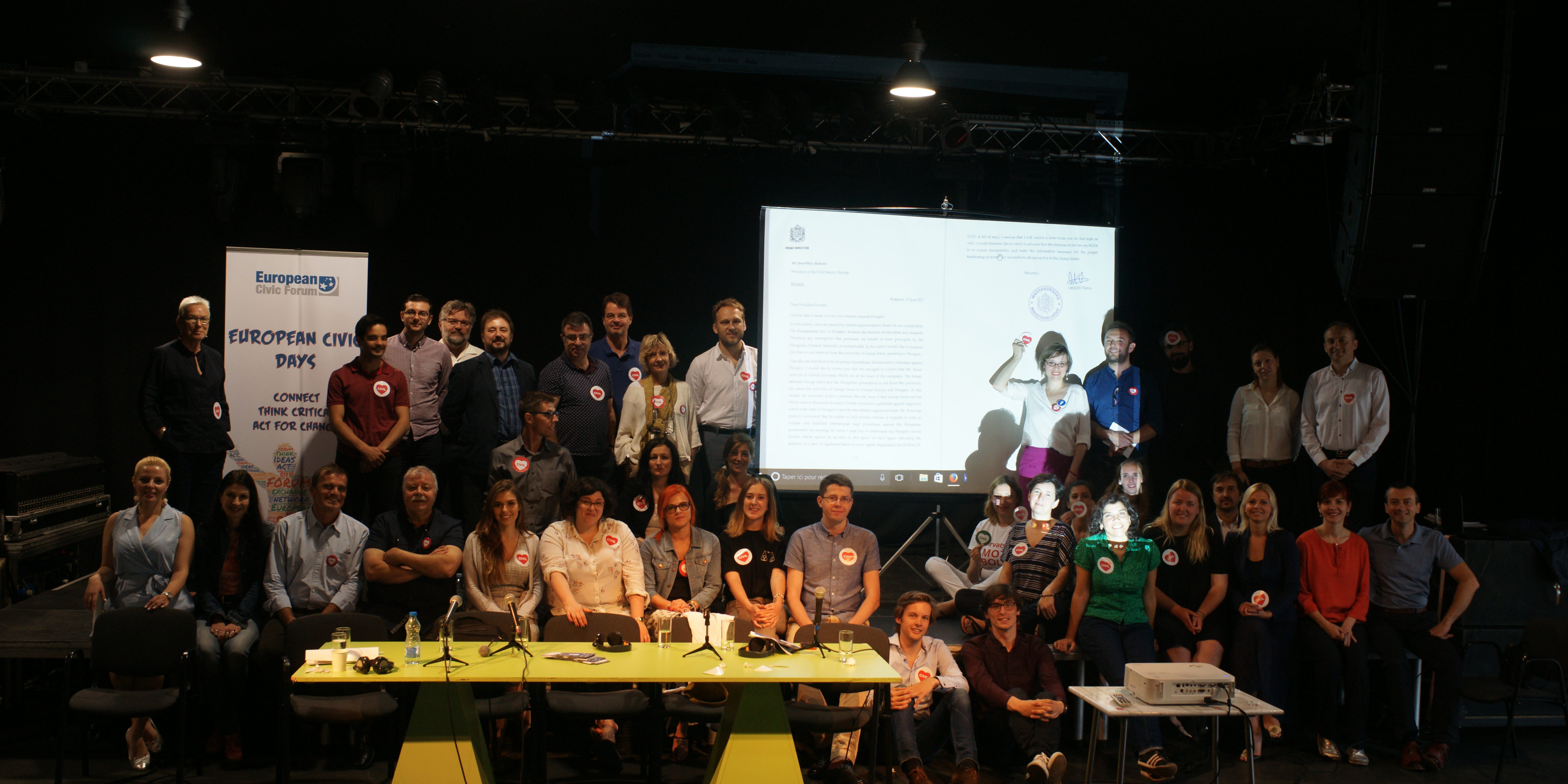 Following the General Assembly held online on 30 June, the European Civic Forum has officially 6 new member organisations, which now amount to more than 90.

The members were invited to vote on 6 applicants, namely:

Ökotárs Foundation, or Hungarian Environmental Partnership Association. The foundation exists for almost 30 years, it works on general issues, not only on environmental matters. It aims at strengthening and developing CSOs, it also provides some grants to organisations. Ökotárs is running programmes, including training and monitoring. Its current work is focused on local communities in the countryside to improve citizens participation and active citizenship.

Collegium Polonicum.Initially, the foundation based in Slubice, at the Polish-German border, looked at developments in communities and cultural exchanges. The Foundation was founded to foster cooperation between Polish and German universities across the border. The team consists of about 20 people and carries about 70 projects. The Foundation encourages NGOs to develop civic space. Since 2016, Collegium Polonicum provides grants to local groups of citizens that are helping and organising their communities. It recently started a social activity for people at risk of social exclusion and it supports elderly people and people with disabilities with food and other facilities.

The Polish Women’s Strike Foundation has been legally registered in June 2019. As Marta Lempart explained, they “focus especially on human rights and women’s rights, as well as judicial independence”. The Polish Women’s Strike are currently doing a project against votes frauds. The movement also received awards that recognise their work at international level. It gathers several citizens’ groups which are not officially established and provides funding for their activities. Generally, the Foundation’s purpose is to promote a “Poland for All”, with a focus on women’s rights, under attack in the country.

The Fédération Française des Maisons de l’Europe, a network of Europe Houses, created in 1961 in France. Its 37 members strive for a strengthened dialogue and participation of citizens and for the promotion of a European citizenship. The FFME is also running activities, such as informal learning on Europe. Its role is also to represent French Europe Houses at national and European level.

Novact is a Spanish network of organisations, working on fundamental rights and a key source of information for the Civic Space Watch. In partnership with other Spanish organisations, NOVACT recently focused its work on the defence of the Right to Protest and the strengthening of a safe civic space for the civic action of organised society. For this, NOVACT developed a system of protection, support and reinforcement of the Right to Protest in Spain. This pack of rights under the Right to Protest (Freedom of Expression, Right of Peaceful Assembly and Right of Information) is a fundamental axis of the political participation of the citizenship.

Omnium Cultural is a cultural organisation active in Catalonia, Spain. Its primary objectives are to promote Catalan language and culture, in particularly supporting all minority European languages. Omnium is also working towards protecting Human and Civil rights, with a special focus on freedom of expression, freedom of information, but also the right to peaceful assembly and to association.

As of June 2019, Omnium has more than 170 000 individual members, mostly from Spain. By joining the ECF, Omnium aims at working on education and culture, but also supporting ECF work on civic space and the defence of Human rights. Also, Omnium’s president was sentenced to 9 years of jail time for sedition, after organising protests in Catalonia in 2017.

“We are happy to welcome 6 new organisations, coming from different countries, with whom we were already in contact before. This also shows the growing interest for what ECF is doing, in recognising the voice and impact of civic organisations across Europe”.

New « Reclaim our Civil Space! » event: How do we get to a European Civil Society Strategy?
24 juin 2022
Aller en haut