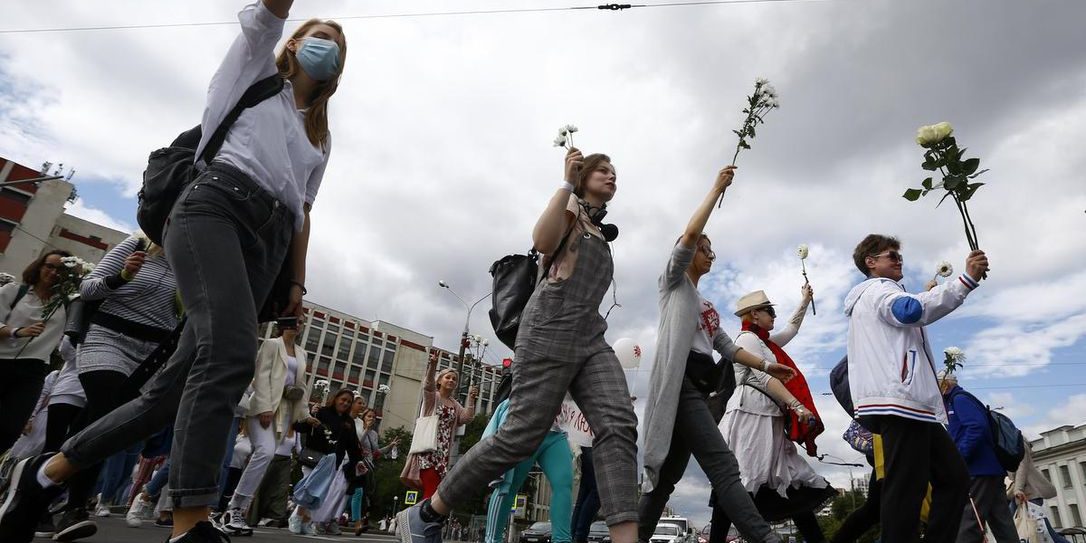 Since the 9th of August, after rigged presidential elections, hundreds of thousands of Belarussians took to the streets to manifest peacefully their disapproval to oppressive authorities that violate people’s civic and economic rights and freedoms.

Their fight for dignity and spirit of freedom has met with violent answer by the enforcement forces. Independent human rights defenders in the country have reported numerous violations of human rights, including unlawful detention (with many kidnapped from the streets by unmarked forces), intimidation, physical abuse and violence, arbitrary arrest, hundreds of cases of torture and in some cases even death at the hands of the authorities.

As European Civic Forum, we watch all these events in grief and disbelief. We stand in solidarity with brave Belarussian men and women in their hopes for freedom and dignity. We especially praise the role played by non-violently protesting women. We also express our indignation against the brutal actions of the military and the police, and our solidarity with all those who have so painfully experienced them.

We stand firmly against these human rights violations, including attacks from the Belarus authorities on media freedom and journalists in particular. These actions that affected the local media mostly, even though international outlets have not been spared either, were clearly aimed at depriving Belarusian society of access to information regarding the strength of social resistance. At the same time, propagandistic allegations against protesters implementing foreign plans come as an attempt to demotivate people and stifle the protest dynamics.

Therefore, Belarussian people’s struggles for universal freedom, dignity, fairness and equality cannot be left unanswered. We cannot let any authoritarian or populist powers to limit them. Moreover, they must be properly recognised and reaffirmed by the institutions that declare commitment to democratic values. The EU has the duty to take action and use all its diligence (including within its neighbourhood policy) to protect and defend democratic values and fundamental rights that are in danger in Belarus today. We owe it to all the men and women in this country, protesting despite such strong adversities. Belarussians deserve the full access to democracy and fundamental rights. Hope for Belarus means hope for all those that fight for it!