ECF answer to the consultation
on the European Democracy Action Plan 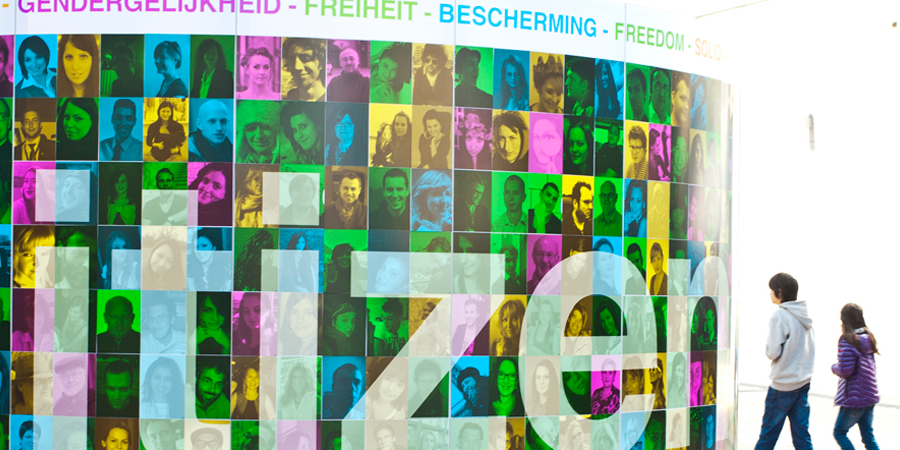 Declining trust in democracy is a well-documented and worrying trend all over the world and Europe is no exception. In order to address the multifold expressions of disaffection about democracy, a good diagnosis of the causes must be made in order to identify relevant and efficient solutions. This is the purpose of European Civic Forum’s contribution to the consultation ahead of the “European Democracy Action Plan”.

The crisis of democracy has developed over decades. Overcoming this crisis means that public policies must respond to the multifold vulnerabilities in our societies, so that everyone feels included.

This is because, in our complex and diversified societies, the foundation on which democracy stands is made up from the bonds that bring us together in solidarity, inclusiveness, and equality. Democracy can only be made solid and sustainable through the relevant actions of institutions and the activities that civic actors can carry out, each in their own domain.

From the perspective of millions of associations that act all over Europe in various ways to make access to fundamental rights a reality for all, Member States and the EU must enable democratic civic organisations’ agendas: support their activities, including though easily accessible funding, and engage in dialogue with them in institutional arenas.

The European Commission published for consultation its Roadmap for a European Democracy Action Plan. The measures proposed aim at “improving the resilience of our democracies and addressing the threats faced by European democratic systems”. They cover precise aspects that would address evolving threats affecting elections and democratic debate, including the international and geopolitical dimension of all EU actions. Four areas for action are considered: (1) the integrity of the electoral process and how to ensure electoral systems are free and fair, (2) strengthening media freedom and pluralism, (3) tackling disinformation in a coherent manner, (4) supporting engagement with civil society in both shaping the agenda and taking concrete action. The Commission seeks views on its general understanding of the challenges facing democracy today and possible solutions.

Indeed, for the European Civic Forum, the selected actions can only be relevant and effective if based on a proper diagnosis of the democratic crisis. A distinction between structural causes and their specific effects must be properly articulated. A reflexion on the causes must combine grassroots, academic and institutional knowledge and build upon the experience of civic and social organisations whose daily actions come within the scope of enhancing democracy through active citizenship for the defence of fundamental rights and values.

It is through such a wide-ranging approach that the Commission’s Action plan could provide coherent responses to the selected areas of concern. Our contribution will therefore go beyond the strict scope of the consultation and nurture a more holistic approach.

THE DEMOCRATIC CRISIS IS UNFOLDING IN EUROPE FOR DECADES, IN VARIOUS CONTEXTS

In terms of electoral frameworks, a crisis of democratic legitimacy of the main political options has first triggered in many countries a continuous decline in voter turnout. Often, in a second stage, it has resulted into electoral gains for xenophobic and nationalist parties and also in massive variations in political choices made from one ballot to another. All these phenomena are direct expressions of voters’ dissatisfaction, both with public policies and with those who decide them. Everything shows that this dissatisfaction is more prevalent among the lower classes.

These electoral phenomena have developed in a socio-economic context marked by the rise in inequalities and precariousness. Among the consequences of the economic and financial globalisation, we have witnessed in workplaces a shift from collective bargaining conflicts aimed to improve the situation of workers, to more fragmented struggles whose main stake was to limit deterioration and shrinking of rights. At the same time changes in production and employment were making more and more workers invisible and helpless, feeding a feeling of competition with other vulnerable groups for access to basic rights.

Also, in Central and South-Eastern Europe, the transition towards a market economy left many people behind track. The promise of freedom and prosperity, of catching up with the western development model, with living standards and values was at the heart of people’s expectations in the 1990s and still is. The reality is deceiving for too many. In some countries, this has translated into massive economic migration, depopulation and brain drain. Moreover, this paved the way for political orientations which challenge today the basic principles of liberal democracy and the EU norms and values.

All these developments, gradually emerging since the 1980s, have been drivers for people’s dissatisfaction with the present and a lack of confidence in the future. Regressive forces build political capital from people’s erosion of trust in democratic processes to address their social expectations, from the fear of losing access to basic rights and living standards.

In our view, it is not so much the misuse of social networks and other media channels for propaganda and disinformation purposes that triggers dissatisfaction with democracy in the first place. Rather, it is the lack of convincing policy responses to the needs and aspirations (in particular, but not only, for the economic, social, and environmental issues) of all people in our societies that stands at the root of questioning our democracy. Manipulation of information thrives on dissatisfaction, not the other way around. Concentration of media ownership is a real challenge of today’s information society and is connected to this feeling of distrust, whether directly orchestrated by political leaders in some countries, or as a consequence of shrinking resources in a market economy. Fake news should be analysed against this wide and complex perspective.

Therefore, limiting the reflection to the four themes selected for consultation, and tackling them totally independently of the above issues is not enough if we are to rebuild trust in a democracy that delivers for all. The EU must put in place (directly or at Member States’ level) coherent policies which respond to the various vulnerabilities and insecurities in our societies; policies which combat social, cultural or regional inequalities as well as economic precariousness; redistributive policies covering the whole spectrum of what brings cohesion in our societies – solidarity, inclusiveness, social security and equality (first and foremost in articulating the economic, social and environmental fields). Only in this way, can we rebuild popular support for democracy and gain back the voice of citizens, who express their discontent in such large numbers and in so many ways.

It is a matter of urgency to do so, because anti-democratic alternatives are under way. Their tenet propose  building collective identities and organising communities based on exclusion, keeping “the other”, “the different”, the “foreigner” at a distance.

CIVIC ORGANISATIONS’ ROLE AND CONTRIBUTION TO A DEMOCRACY FOR ALL

The Commission’s intention to engage with civil society in order to strengthen democracy in the EU is most welcome. To rehabilitate democracy and disarm those who attack it, it is needed to constantly build on the bonds that bring us together in an inclusive way. Civic organisations all over Europe cover a broad spectrum of functions in our societies. They gather millions of people, deliver services to vulnerable groups and people in need, alert on all the black holes in public policies, defend fundamental rights and the freedoms our democracies rely upon. With the outbreak of the pandemic, civic organisations have been at the forefront, trying to mitigate the multiple consequences of the crisis.

It is therefore crucial to support and recognize the added value that civil society brings to European democracies from a wide perspective. The state of civil society and the quality of civic space is not only an indicator of the state of democracy, but also an element of its critical infrastructure.

In their advocacy-oriented, their action and service-oriented function, civic organisations contribute to making effective the access to civil, political, economic, social, cultural and environmental rights for all. Collective organizing is also crucial to channel people’s voices and allow them to be heard. CSOs represent a wide range of constituencies and have extensive knowledge of communities’ realities, thus their participation in the public debate and in the law-making is essential to ensure coherent and fair responses to the needs on the ground.

The potential of all their different forms of engagement to revive democracy depends on the institutions’ capacity and willingness to recognize and support them, engage into dialogue and take their input into account.

Therefore, we believe that: