Stories From The Lockdown
Winners are out! 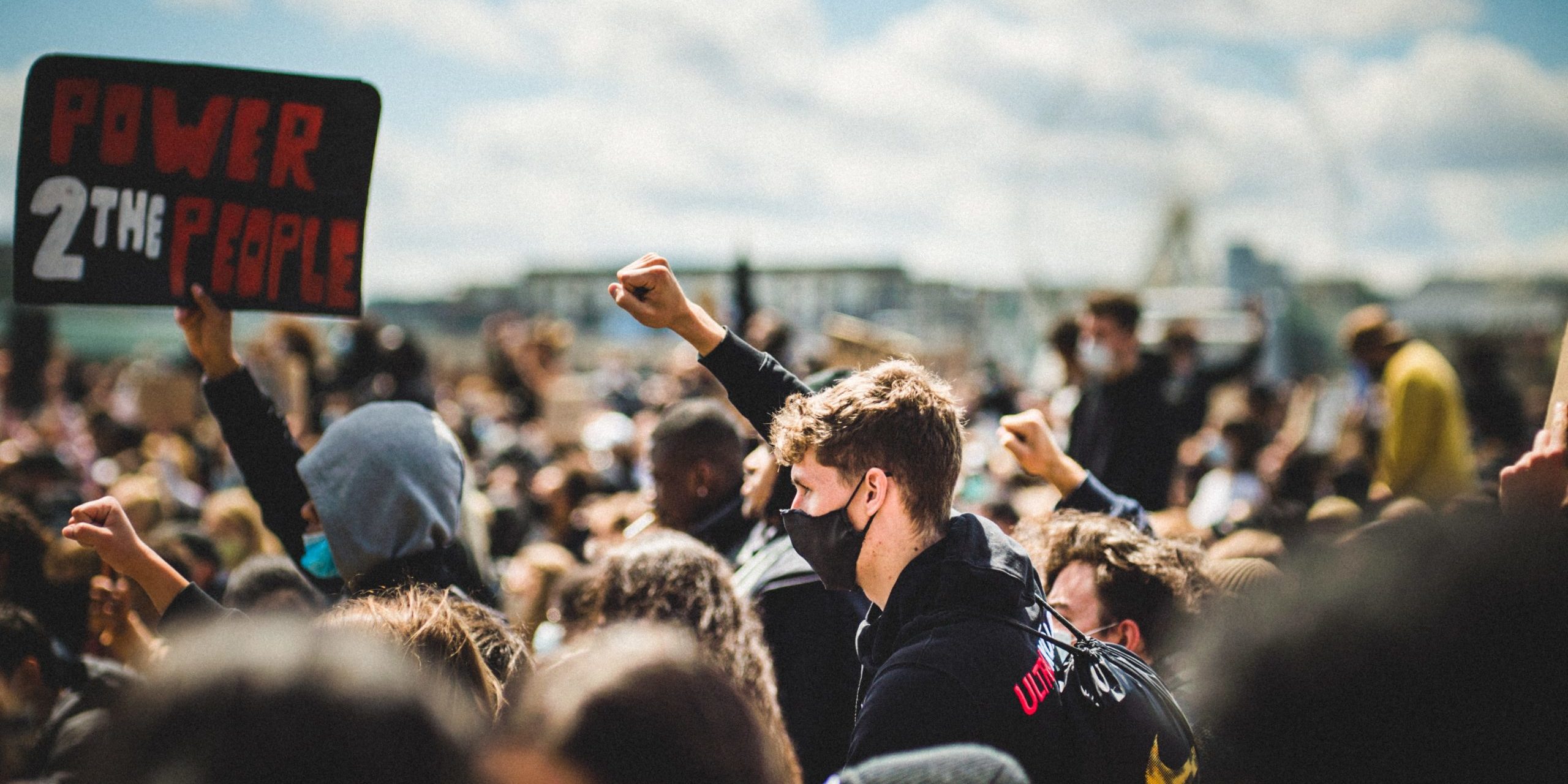 In May, we launched the call for nomination Stories from the lockdown aiming at discovering and collecting inspiring stories of activists, associations, movements or groups of citizens who are organising solidarity and civic contestation and making policy proposals to ensure rights are at the centre of the response amid the COVID-19 crisis in face of a restricted civic space.

Choosing only 7 stories out of such diverse, important and moving applications was not an easy task. In the selection, we tried to ensure a fair territorial and thematic representation of various challenges and diverse rights-related issues. We are happy to announce the seven laureates for this year’s Civic Pride Award:

We Are Fair – Czech Republic

The We are fair initiative is a Czech coalition of six non-profits that advocates for a marriage equality bill in the country. During the COVID-19, the initiative raised funding for two of the most affected groups in society – single parents and artists – and for students sewing masks. The also advocated to allow non-married couples across borders to be reunited.

“When the government slowly opened the borders, they opened them only to family members and married couples, they did not think of registered partners or partners that live together but are not married. […] Our advocacy officer wrote a blog post to explain this issue. The blog post was shared on social media by politicians, and this started a chain reaction. Then we called on the registered partners affected to contact us and share their stories. We wrote several articles to share these stories. These stories were picked up by the mainstream media. Finally, the Minister of interior corrected this, » Czeslaw Walek, We are fair

The Greek Forum of Refugees – Greece

The Greek Forum of Refugees is an association of refugees and migrants’ communities based in Athens. The main goal of the network is to empower these communities to advocate for their rights and their obligations as potential citizens of Greece and Europe. During the COVID-19, they raised funding to distribute voucher to use in supermarkets to migrants and homeless people.

“Every week, I had video calls with members of my community to ask what I could do for them as the President [of the Ivorian Community of Greece] and what we could do together as a community. A big issue was that many members had lost their jobs; this was the case for many people in Greece. Their first need was to survive inside the house, to find what to eat. We had a meeting inside the Greek Forum of Refugees, and we decided to start a fundraising online to collect money and provide vouchers so that people could buy food. We raised over 5000 Euro. We bought a lot of vouchers from the supermarket and distributed them to different communities and to homeless people without discrimination”, Moussa Sangaré, Ivorian Community of Greece, Greek Forum of Refugees.

Women on the Road Foundation – Poland

The Women on the Road Foundation is the first foundation in Poland led by a refugee woman. The group meets to sew clothes and discuss feminist topics as a form of integration. When the COVID-19 pandemic broke out, they started producing masks to distribute to the entire community and across Poland. They sewed over 31’000 masks.

“We were afraid that we were not doing enough and not helping enough people, so we were even sleeping here at school to make more masks. So far, we sewed 31’000. We distributed masks to all Poland: in Churches, hospitals, nursing homes, schools… To our neighbours, Roma people, refugees, homeless people thought associations that support them…. whomever asked us on Facebook could come and pick up the masks. […] Throughout the lockdown, I was also so full of the believe that I would not get sick, that I would be okay and that gave me a lot of energy to work. Many people said that [seeing our effort] gave them a lot of energy and strength during the lockdown”, Khedi Alieva, Fundacja Kobiety Wędrowne

People of Slovenia have been taking to the streets for over 20 weeks in a row to protest against the right-wing government and its corruption scandals erupted since it took office in March 2020. A group of citizens initiated a cyclists’ protests early in March, suddenly, the protest spread across Slovenia and each Friday there is a special action connected with the most recent developments. The main concerns are the actions of the government and growing social inequalities.

“We have a history of protest against right-wing governments in Slovenia. In 2012-2013, we had four huge demonstrations against the then right-wing government. They were called ‘Rising up’. People managed to make the government fall. But what is really unique about today’s protests is that people are coming to the streets every Friday. At the beginning, I thought that they would die down during the summer, but this did not happen [because] the government does not stop. […] Every week something like this happens. In addition, social inequalities are getting bigger and bigger”, Nika Kovač,  Institute of the 8th March

“The Pandemic has highlighted Spain’s healthcare crisis and how fragile its care system is. The pandemic further aggravated the working conditions of domestic workers. […] We managed to attract the interest of different media about the situation of domestic workers so that they were talking about it on a weekly basis raising awareness about the value of our work among the public. The pressure on the Government was effective, as it was possible to establish an extraordinary subsidy for domestic workers. More than 30,000 workers have requested it and we hope that they will soon start receiving it« , Carol Elias, SEDOAC

The Wheel is Ireland’s representative and support organisation for civil society. During the lockdown, the Wheel, together with a coalition of NGOs, secured a €40 million package of supports for community and voluntary organisations, charities and social enterprises in Ireland, a symbols of important recognition by government of the vital work being done by organisations across civil society to support the most vulnerable during the Covid-19 crisis.

“When the social isolation began in March, civic organisations were faced with two big challenges. The first was how they were going to deliver the essential services in the socially isolated world. The second was how they were going to cope with the collapse in the fundraised and earned income to cover the cost of their work.[…] We pulled together a coalition of 15 Irish membership organisations to identify the scale of the problem and then to seek some governmental support for organisations so they could keep going with their activities« , Ivan Cooper, The Wheel

#Unteilbar (Indivisible) is a German movement standing for a society in solidarity and indivisibility of human rights. In 2018, the collective organised one of the biggest protests in the last decade in Germany against the far-right increasing presence in the public space and for a convergence of civil society’s struggles. In June 2020, ten cities demonstrated for a solidarity approach to tackling of the pandemic.

“#Unteilbar wants to be more than just ‘against the right-wing’. We want to work for a society in solidarity. We want to bring a different imagination to the streets. In that regard, we also had to engage with the issue of the pandemic. Masses of people rallying together are the life of social movements, but we could not do that not only because of the government’s restrictions, but because we wanted people to feel safe going out in the streets. #SoGehtSolidarisch was both a political message with all of these demands and connecting struggles, but it was also an experiment of demonstrating differently, in a safe way during the pandemic. This is how we came up with the ribbon of solidarity. It was very colourful; it was very nice. It was long lines of people, keeping the distance but being connected through the ribbon. And it worked”, Corinna Genschel, #Unteilbar

In December, these inspiring struggles will be awarded by the European Civic Forum in Brussels in presence of representatives of EU and international institutions. These stories will also be collected in the fifth edition of Activizenship – 2020 Civic Space Watch report.  We are looking forward to sharing their stories, their activism and their resistance with you so stay tuned!

Check out the Success Stories of Resistance we published last year on the Activizenship #4 – 2019 Civic Space Watch report.