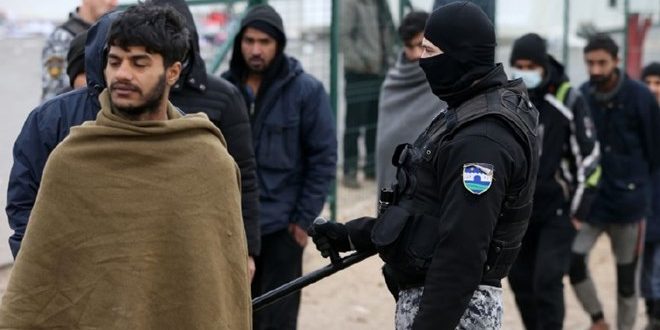 Despite the mobilisation of Italian diplomacy, they were stopped in Bojna’s Forest, on EU territory, and impeded from reaching the Croatian borders. Additionally, the Minister of Interior of Croatia accused them of attempting to cross the borders into Bosnia Herzegovina illegally. During a press conference on Sunday 31 January, they explained that they had clear agreements with authorities to observe what happens on the Croatia borders, not to cross them, but they were stopped before reaching them.

Raffaella Bolini, co-President of the European Civic Forum, states: “It is unacceptable that the police of an EU country takes the liberty of chasing MEPs through the woods to prevent them from reaching the horror checkpoint where migrants are violently rejected and pushed back in Bosnia. This speaks for the democratic legality of the EU that these MEPs not only defend, but formally represent.”

The European Civic Forum condemns this action as a breach of Rule of Law. It is unacceptable that MEPs are prevented from moving on the EU territory to exercise their role of checks and balances of European democracy and see and report what happens on the European Union territory, at the Croatian borders with Bosnia. This is a violation of their right to freedom of movement inside the European Union as well as an indicator of the lack of transparency and respect of rule of law. This confirm what many NGOs, activists, journalists and migrants have reported that Rule of Law and human rights are violated every day on the Balkan route at the doors of the European Union.

We call on the European Commission to include these abuses of Croatian authorities on EU territories and at its borders in the forthcoming Rule of Law report and to take measures against them.

Watch their press conference (in Italian):