A game for the social dimension of European integration. Unions in the starting blocks 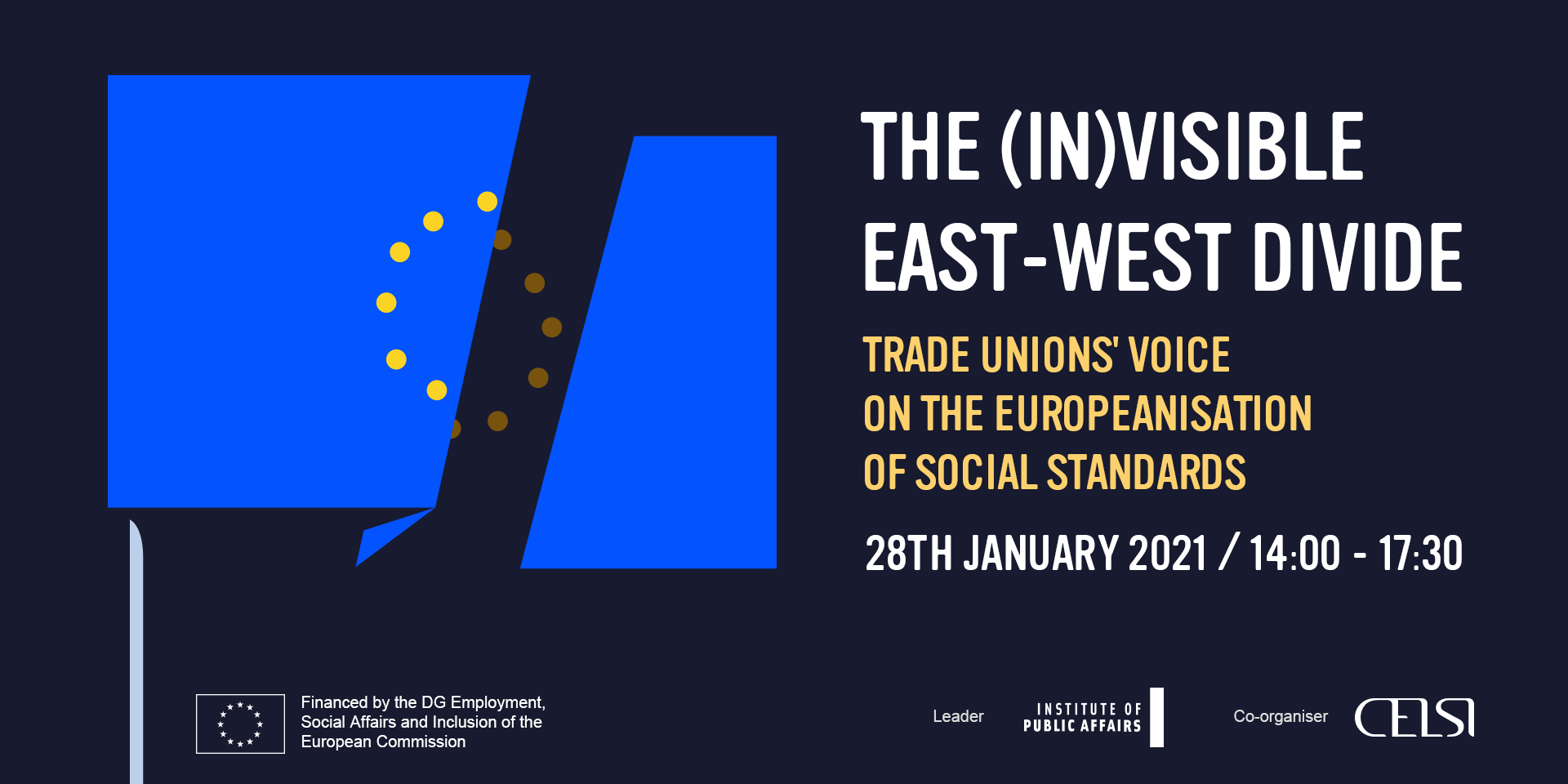 While economic integration in the European Union is progressing, EU members are moving away from each other in social terms.

Such a diagnosis was made at the international seminar „The (In)Visible East-West Divide” organised by IPA as part of the ARTUS CEE project. The expectation that wages and labour standards in Central and Eastern Europe will catch up with Western Europe has turned out to be exaggerated. Social dumping and tax havens remain the ugly face of economic competition within the EU. If trade unions want to defend the interests of workers in the integrated Europe, they must become an active player at European level. How to do it? How to break the East-West divide in labour standards?

We present selected threads of the discussion among by the leaders of the European Trade Union Confederation, representatives of trade unions from Central and Eastern European countries, and experts from analytical and research centres.
The conclusions from the research carried out by the Institute of Public Affairs together with analytical centres from five Central and Eastern European countries, presented at the beginning of the seminar by Dr. Jan Czarzasty, show that the quality of industrial relations in Europe is varied, and the East-West division is noticeable. Nevertheless, there are many themes and demands that escape this division. For example, the opinions on the European minimum wage are split along the North-South line. Moreover, it can be argued that the South is approaching the East, and thus that deterioration of standards, may be possible as well.

Esther Lynch (Deputy Secretary General of the European Trade Union Confederation) emphasized the role of leadership and leaders in identifying the needs of union members, which should precede work on solutions based on shared values.
Kristina Krupavičienė (LPS “Solidarumas”, Lithuania) assessed that introducing a European minimum wage or increasing coverage by collective agreements requires the involvement of leaders and equipping them with appropriate competences. She assessed that governments would not support the solutions included in the directive, so trade unionists should seek support from MEPs.

Prof. Guglielmo Meardi (Scuola Normale Superiore, Italy) pointed out that it is in fact difficult to talk about converging labour standards as they tend to diverge. At the same time, uncertainty around the COVID-19 epidemic has highlighted the role of collective agreements. It has become more important than ever to ensure sanitation and health and safety standards. The challenge is to organise the return of students to schools, to motivate teachers and school staff. One may say that the social dialogue is gaining importance in the pandemic context. On the other hand, the Europeanization of industrial relations is difficult and requires politicization.

Andrzej Biegun (NSZZ “Solidarność” in the Heineken EWC) stressed the importance of cooperation with unions from countries with more developed industrial relations. In particular, using experience and transferring good practices could be very beneficial. At the same time, he presented the barriers he had encountered in developing such cooperation at the European Works Council of Heineken.

Luca Visentini (Secretary General of the European Trade Union Confederation) presented a diagnosis of the situation, supporting the thesis of prof. Meardi. In his opinion, we observe a trend of standards divergence, rather than convergence. The contributing factors are:  globalization, mass privatization and liberalization of the service market.
The East-West division in the European Union was influenced by the choice of American development paradigm made by the new Member States, that abandoned the tried and tested European model and such instruments as sectoral collective bargaining or a legal framework to protect workers.

When elaborating common solutions for Europe, we must take into account, inter alia, differences in economic development, applied policies and growth models adopted in individual countries. It is equally important to eliminate unfair competition that destroys the cohesion and potential of the economies of the Member States, i.e., eliminate such phenomena as social dumping, tax competition, and competition in investment placement. This prevents successful addressing of problems that require long-term action – such as climate change, transformation of the economic system. In this context, trade unions should focus their action at European level towards a more social and protective model. Luca Visentini named the two most important tasks in this respect: developing an appropriate mechanism to support the convergence of the minimum wage, and increasing the role of unions / ETUC in negotiating collective agreements in individual sectors.

Sławomir Adamczyk (NSZZ « Solidarność ») sees an opportunity for unions in the growing importance of the social dimension, which has started to be exposed as the confidence in European integration has declined. In his opinion, unions should go beyond the role of lobbyists and strive to become independent players, using the instrument of European collective bargaining. Sectoral or transnational corporation negotiations could be a first step.

The meeting, which took place on the 28th January, 2021, was opened by dr Jacek Kucharczyk, president of the Institute of Public Affairs. The first part was moderated by the IPA expert Barbara Surdykowska, and the second part – by dr Marta Kahancova from CELSI in Bratislava. Apart from the speakers quoted, the following panellists spoke at the seminar: Monika Benedeková (OZ KOVO, Slovakia), Plamen Dimitrov (CITUB, Bulgaria), and Józef Niemiec (ETUC). The video recording of the meeting is available at: https://www.facebook.com/watch/?v=1450725405116022 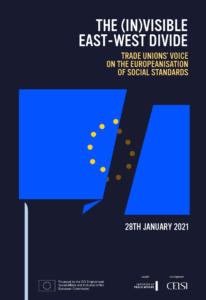 The seminar was the culmination of a two-year international research project, « ARTUS-CEE « Articulation of the Trade Unions’ Strategies on upward convergence of social standards in the enlarged European Union – voice of CEE countries” (VS/2019/0070) implemented by the Institute of Public Affairs (the Project Leader) together with partners: Central European Labour Studies Institute (a co-organizer of the seminar), University of Ljubljana, Lithuanian Centre for Social Sciences, Institute for Public Policy, Centre for Economic Development.

See the project publications under the following link: https://www.isp.org.pl/en/subject/social-policy

The project implemented with the support from the European Union