Stop the war! Solidarity with Ukraine 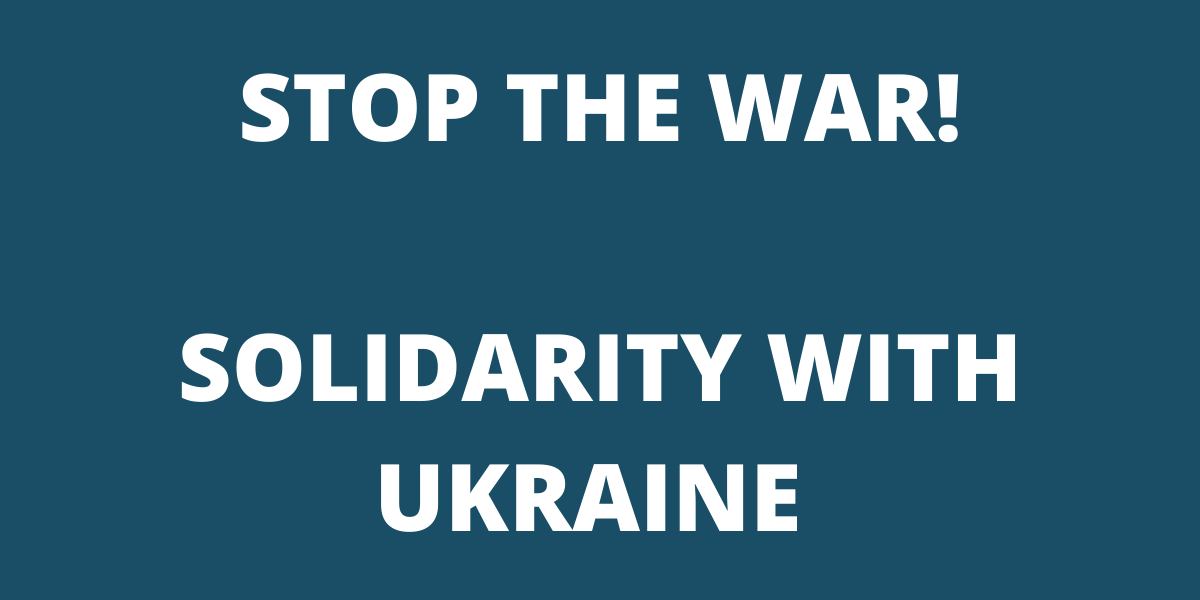 The European Civic Forum condemns the Russian attack on Ukraine. The integrity of a sovereign country must be respected.

Arms are never a solution to political and diplomatic tensions. None of the complex situations, conflicting interests of border populations in the area justify this war.

So many people have already died, and refugees have been displaced in a conflict that has been going on for years. War does not bring justice. The dramas that are unfolding will have lasting consequences in Europe and beyond.

We call on the EU and the UN to make all possible political and diplomatic efforts to avoid international escalation that can only make the most vulnerable pay the price of the long-lasting consequences of this attack.

Humanitarian corridors must be opened to secure the safe passage of refugees and measures to speed up the processing of asylum claims.

We express our solidarity and join in grief with people of Ukraine who are suffering from an attack on their homeland. We stand in solidarity with Ukrainian democratic civil society.

We stand with those who, in Russia, immediately expressed openly their opposition to the invasion and the political violence of their autocratic regime.

We call for European and international solidarity with all those suffering as a result of current events.